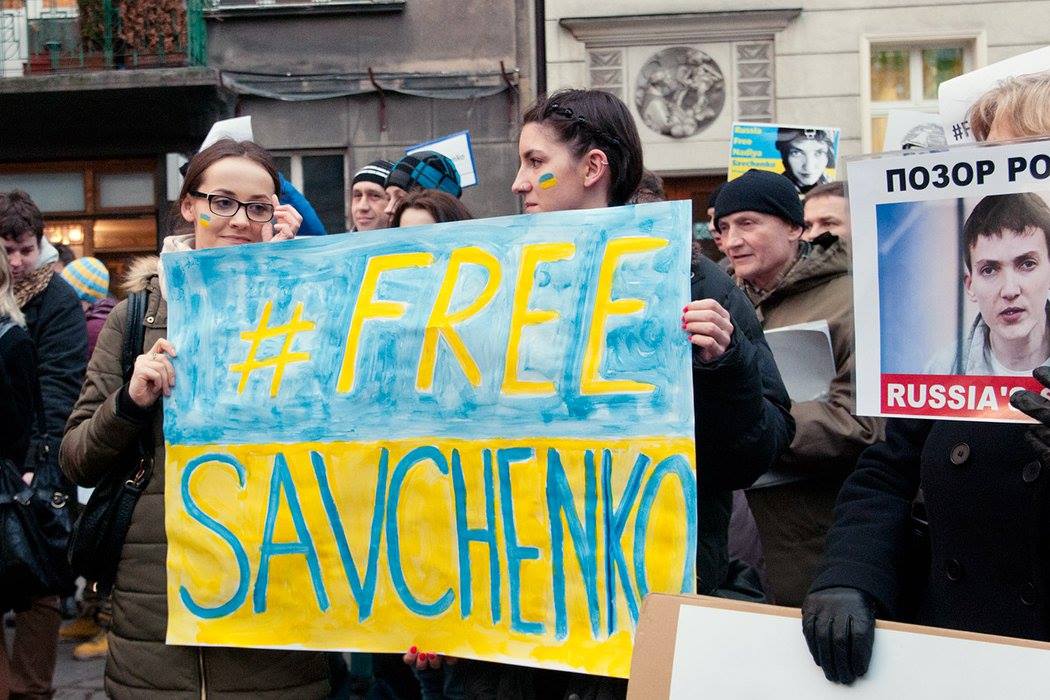 Demonstration in front of consulate

Earlier today, a demonstration against her imprisonment took place in front of the Russian Consulate in Krakow. The demonstration was attended by Poles and Ukrainians alike who chanted “Free Nadia!”

Nadiya Savchenko is a Ukrainian politician and former pilot in the Ukrainian Ground Forces. In 2014 she was captured by pro-Russian rebels in Eastern Ukraine and handed over to Russia where she faced murder charges. [Nasze Miasto]

The pope’s meeting for World Youth Day was previously planned to be in Brzeg near Wieliczka, however the city has changed courses and is considering Błonia or the Podbiednik airport. Part of their choice to change the venue of the event is reportedly influenced by A4’s rejection of allowing pilgrims to park on the highway. [Fakt]

As reported the other day, a mysterious glitter like dust covered Nowa Huta. It is now suspected that the dust came from the roof of ArcelorMittal,  a local steel factory. The roof of the factory had not been cleaned for years, however local officials have started an enquiry into the situation. [Interia]