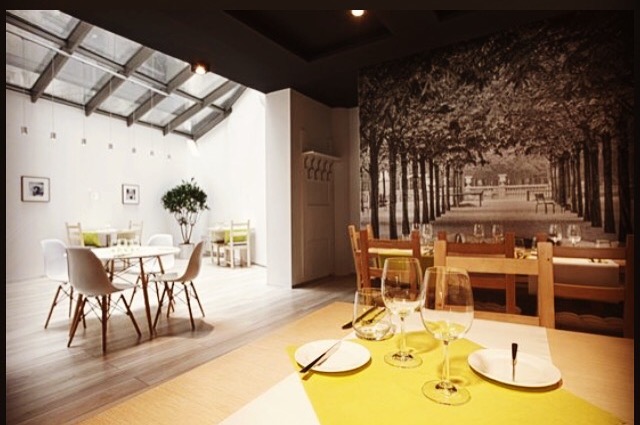 Time was, having a new French restaurant to review was time get out the bunting and celebrate – such was the paucity of arguably Europe’s finest cuisine in this city. Now, it’s almost like buses. You wait ten years and suddenly several come at once. Bon Appetit has joined the battle for recognition amongst the ranks of fine dining in the city, and it has suddenly become a fiercely competitive niche in the market. In the Kazimierz area alone we have Zazie and ZaKładka – two of the best (and best value) dining experiences in the city serving up exemplary French food, which have been duly reviewed in this column. Several others in the centre have longer-standing (and higher prices), notably Cyrano de Bergerac.

Ulica Dajwor, on the south-eastern edge of Kazimierz, has been a bit of a graveyard for restaurants and bars in the past. Even the much-vaunted new Lubu Dubu complex of pubs and clubs, opened three years ago, has quietly crashed and burnt. Despite being a stone’s throw from Plac Nowy and a mere brisk walk from the Rynek, it just seems to be one of those streets that people ignore. Tourists wouldn’t necessarily chance upon it routinely. I expect the majority of Bon Appetit’s clients to be fairly well-to-do locals. I say that because it’s a high-end choice by Krakow’s standards; the litmus test is whether it justifies that price tag.

The restaurant’s interior is bright and breezy: spacious, plenty of tables, spread out in one L-shaped room, with a large skylight at one end. Tasteful, simple. Atmosphere: relaxed. No need for a bow tie here. We were actually the only guests when we arrived at 8pm on a Saturday evening, which was surprising – especially in view of the fact that it was enjoying the top spot on some of Krakow’s online review sites, everyone’s go-to barometer of quality these days. Whether this is a genuine feather in its cap or being damned by faint praise may be debated, but these are the times we live in. 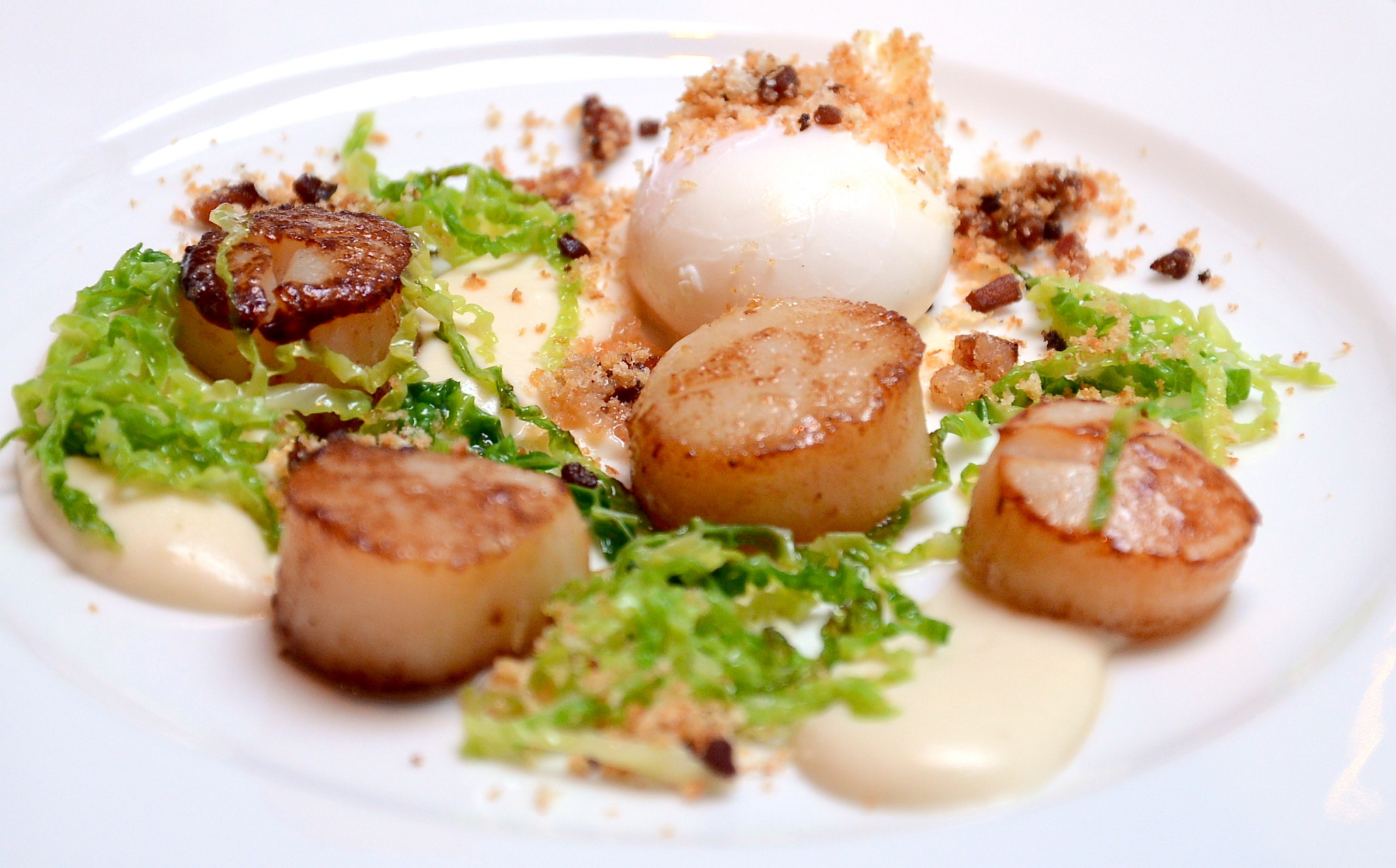 The menu is short and seasonal – seven starters and seven mains – and actually a French twist on Polish cooking rather than out and out French cuisine. This seems a popular thing for inventive chefs to do and a good sign in my book – tendency towards fusion is always a good thing in a country where it’s very difficult to find true variety too often. The wine list is mercifully much longer – over thirty in total, ranging from bottles of house red and white (46zł/bottle) to French Chateau Mazeyres at 290zł. The majority were French, Spanish, or Italian, with some Uruguayan and New Zealand thrown in for good measure. I settled for a glass of Don Barosso red (8zł/glass) in lieu of an aperitif. Expressive and with a good body.

I could happily have munched my way through several starters, including beef cheeks with snails and parsnip (32zł), but went instead for scallops with an intriguing combination of cauliflower puree, poached egg and bacon pieces (37zł). The dish came after a short wait – several very plump and juicy pieces of scallop which possibly shouldn’t have been seen on the same plate as a poached egg and bacon. And yet, the combination worked, as did the silky puree. As an ensemble, every piece fitted together perfectly. It was in many ways a perfect starter, arousing the palate and leaving plenty of room for further explorations of the taste buds. I can only wonder how the marriage of snails and beef cheeks was, but I mean to find out in the future.

For the main, I was again torn – pretty much everything justified exploration, from the duck breast with red cabbage, polenta, apples, and port sauce to the wild boar fillet with salt baked celeriac, pear, and grand vernier sauce. In the end I plumped for ‘hare a la royale’ with foie gras, blueberries, chestnuts and savoy cabbage (56zł). I hadn’t had this dish before, and am not as au fait with French dish titles as perhaps I could be, so was surprised to see the dish arrive in a form I hadn’t expected. The dish clearly requires a great deal of preparation, requiring in addition to the hare: goose fat, generous amounts of high-quality wine, garlic, shallots, and sundry other ingredients in addition to the foie gras, all subtly cut, chopped, blended and moulded into a neat cutlet which has been braised at length in the oven. In any event, the dish had every right to its royal epithet, given to it by gastronomes in France at the end of the nineteenth century, because the delicacy, subtlety and richness of the dish were truly sublime. Not wanting to get too wrapped up in superlatives, I’ll leave it at this: if I experience a better suffusion of flavours in a dish in this calendar year in this column, I will be extremely happy. The blueberry sauce was the perfect sweet and saucy compliment, and the chestnuts a playful side. All in all, a mouth-watering dish. 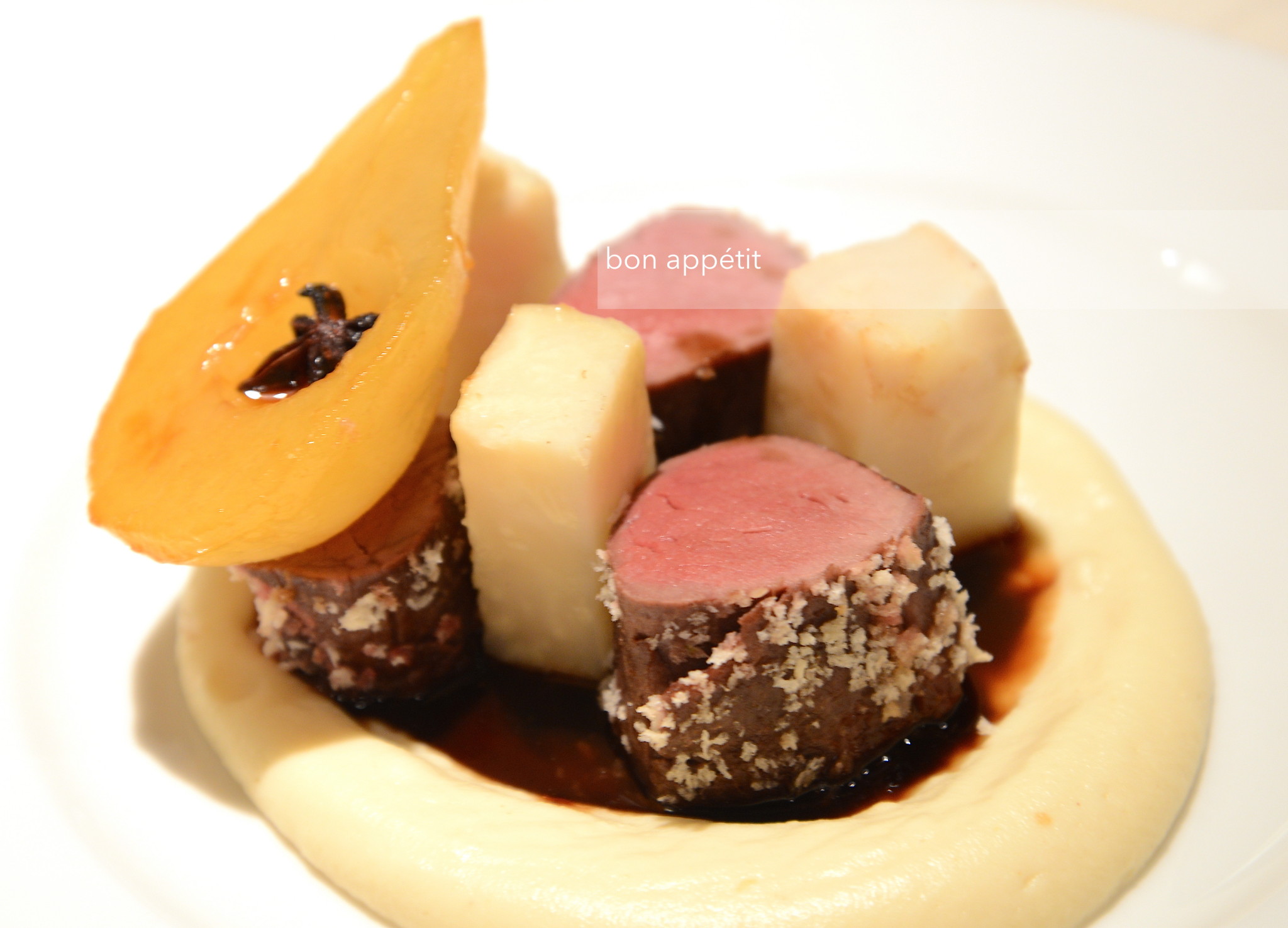 Pausing to wash this exquisite course down with a longer drink, I ordered a beer – four on the menu, being local craft bottles of Zywe, Pszeniczniak, Kozłak, and Amber. I went for the white beer (12zł) and perused the desserts. A few people had arrived and lent the place more atmosphere by the this point, but for a Saturday it was still far from busy. I am constantly amazed how the likes of Taco Mexicana and Sphynx manage to be packed to the rafters on any given day of the week when they offer the gastronomic equivalent of a Justin Bieber album, but then you can’t account for taste.

There were regular French-type desserts like crepes and crème brulee, but in the end I went for the most unusual dessert on the list – doughnuts with white chocolate, melted roquefort cheese, and apple sauce (18zł). Again, the playfulness and inventiveness of this dish were admirable; while a mixture of white chocolate and blue cheese may not be for everyone, for me it was another taste sensation and one I’d wholeheartedly recommend. The doughnuts were neither to slight nor too heavy, so overall, a fittingly satisfying denouement to a very impressive meal indeed. A mellow espresso macchiato (6zł) reinforced the impression.

So, it seems that in this case the online reviews had it right. Bon Appetit is a genuinely fine dining experience in Krakow, offering dishes and quality rarely seen here, and it surely can’t stay as mystifyingly quiet as it currently is. Maybe this is a paradox of the dining scene in Krakow today, but I suspect it’s a case of the (relatively) high prices putting off a sizable segment of the famously frugal dining market. Nevertheless, I’d advise anyone with enough dining savoir-faire to make their way here at once. The food and service were second to none, the price tag fully justified, and if there had been a bit more atmosphere, it wouldn’t have been far off one of my best dining experiences in this city. Worth the money? You bet. This is truly magnifique.

5 thoughts on “Drop In: Bon Appetit”