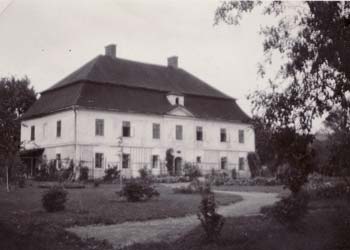 Idyllic worlds turned upside down are the bread and butter of children’s tales, and this season’s blockbuster saw Prince Caspian don his armour in a bid to save the imperilled land of Narnia.

Dwarves and talking badgers may contrive to throw us off the scent, but curiously enough, Prince Caspian was partly shot in the Silesian mountains of southern Poland, a world that has its own place in the canon of children’s literature. It was here that one of Poland’s best-loved children?s tales took shape, Kłopoty Kacperka Góreckiego Skrzata, (The Troubles of A Gnome) translated into English in 1928 and now in development by Oscar-winning film producer Zbigniew Zmudzki.

Prince Caspian saw the Pevensie children transported back to the land of Narnia, only to discover that thousands of years have elapsed and that the castle which had been their home is a mere ruin.

Today, travellers arriving at the village of Gorki Wielkie, the real-life setting of The Troubles of a Gnome, are met with no less rude a shock.

The 300-year-old manor, home of the gnome Casp – mischievous hero of the Polish tale – is a gaping shell. Wandering the ruin, it’s hard to imagine that the house still stood seventy years ago. Finches swoop in, alighting on obsolete arches. Dead leaves twist in the breeze across the floor. There is no trace of the graceful avenue of birch trees that once made up the main drive to the house. Light industry has arrived. A factory flogging plastic lanterns flanks one side of the manor, a battery chicken business borders the other. It’s a typical scene in today’s Poland.

The pre-war owner of the house, Zofia Kossak-Szatkowska (1889-1968), was one of Poland?s finest authors of historical novels. She lived here with her family until 1939. When the Nazis came, they commandeered the property and the house went up in a blaze in 1945. Kossak had to flee Poland the same year, as the Communists had earmarked her as a troublemaker. A co-founder of Zegota (the Polish Underground’s Council to Aid Jews) and a survivor of Auschwitz, she was a larger than life character who the Party simply didn’t trust.

A Return to Roots

In The Troubles of a Gnome, Casp is a venerable fellow who watches over the household, including all of its peculiar sprites, and the many farmyard animals. Although generally respectable, he is fond of getting up to mischief. He has a penchant for turning paintings upside down and hiding people’s spectacles. His treasured talisman, Maru, is a magic earring that allows him to turn invisible, shift fiendishly heavy objects, and not least, transport himself through thin air. However, one day the talisman falls into the clutches of a hideous hobgoblin. The whole fate of the manor is thrown into jeopardy. Finally, all the animals and sprites must put aside their differences to vanquish the goblin and his minions.

Today, the sorry state of the house seems to fly in the face of traditional cheery endings. But over in what remains of the garden, some fantastical work is afoot.

It’s said that only mad dogs and Englishmen go out in the midday sun. But here in the garden a band of students from Krakow’s Arts Academy is braving the heat. Emerging from a 200 metre squared panorama is a scene from Zofia Kossak’s book Puszkarz Urbano, detailing the Fall of Constantinople in 1492. Alongside, children are creating their own merry masterpiece, a panorama peopled with characters from The Troubles of a Gnome. It’s a scene that would have delighted Wojciech Kossak, Zofia’s uncle, as he painted one of Poland’s most fabled works of art – the Raclawice Panorama in Lwow (1894). In mid-August, a second wave of “The Kossak Summer of Arts” begins, this time with international sculptors having a crack at characters from Kossak’s books.

Overseeing all this is Anna Fenby-Taylor, the eldest granddaughter of Zofia Kossak. A soft-spoken lady born in England after the war, she began restoring the property in 2004.

“The whole idea of the Summer of Arts was to get people who pass by regularly just to call in and realise that they have got something here that has changed,” she says.

“This was allowed to go to ruin and was in a shocking state ten years ago. But now at least there is something to see, somewhere to relax. We want it to be a place where people come with their friends, their family, and have a pleasant day out.”

Mrs. Fenby-Taylor, supported by Kossak descendants in England and Switzerland, is transforming the hotchpotch of battered estate buildings into a new enterprise. The stable-block has been converted into a hostel for hikers. The ice-house now has kitchens and a hall for meetings and dinners.

“If I’d known how much trouble it would be,” she jokes, “I might never have started!”

Fenby-Taylor’s first memories of Poland go back to the early sixties. After Stalin’s death, there was a brief blast of optimism known as the “thaw,” and Zofia Kossak, now ageing, was invited to return to Poland. The regime wanted to be seen to be conciliatory with literary greats, and a ban was lifted on most of Kossak?s books. Not least, the author and her husband were allowed to live in the former gardener’s cottage on the estate – a rare privilege in a country where former squires were banned from going anywhere near their pre-war property. That said, the Party must have soon regretted its decision, as Kossak was one of the first to protest against censorship, and she deliberately turned down a state prize in 1964.

“My grandparents were an interesting pair,” Mrs. Fenby-Taylor recalls, a coy smile lighting up her face. “She was very short. Short in stature, but she was fairly round, and she had a very sweet tooth. She liked pastries and things like that. And although post-Auschwitz she was really just like a walking skeleton, gradually, she put on weight.

“My memories of her go back to a very homely person, very kind, gentle, a person who had presence and charisma. For some reason, one was very happy just being in the same room as her. She was one of these people who put you at ease and made you feel incredibly important and valued.”

These qualities must have proved fundamental in founding the Council of Aid to Jews during the war. Although by no means a conventional philosemite (indeed, Kossak had voiced distinct reservations about the Jewish community), in 1943 she galvanised people to take action, risking her own life and persuading others to do likewise in a bid to save Jews from the Nazi ghettos.

Anna Fenby-Taylor describes her grandmother as “the eternal optimist”:”I never remember her getting cross. She sometimes frowned when she read a letter, so clearly something worried her. But she had an incredible trust in God, and she took each day as it came.”

Humour was also a help, a characteristic that shines through in Kossak’s books: “She managed to say things with a slight twist,” her granddaughter remembers, “she always had a twinkle in her eye.”

In this light, it’s easy to see the gnome Casp as the fruit of a playful mind. He was a friendly ghost (some say Hollywood actually took the idea for their film and television series Caspar The Friendly Ghost), intended to help the young Kossak children feel at home in a creaky old house. But talking to members of the family, it soon becomes apparent that Casp was much more than that.

“Casp was definitely a member of the family,” Mrs. Fenby-Taylor affirms. “My father, the grown-ups, they all talked about him as if he was a real entity, and someone to be respected. There was a custom of leaving wine for Casp in the evenings, and when my aunt Marysia drunk it one night on the way to bed, thinking it would go to waste, all night she had problems with the quilt. She said that she had an actual physical battle – that there was someone at the end of the bed, pulling it off. She always swore that it was Casp!” Similar stories abound.

Zofia Kossak noted in her book that Casp was to be the guardian spirit of the manor until the end – “until the foundations go to dust and the house sinks into moss-covered ruins.” The twentieth century may have dealt some brutal blows, but things haven?t got quite that bad yet. The manor’s walls have recently been propped up, and there is talk of further restoration. The garden cottage lives on as a charming museum. And if animated film producer Zbigniew Zmudzki can pull off another hit, Casp could be on the verge of an altogether new adventure – movie stardom.

“It’s a wonderful story” says Zmudzki, “we think it has the ingredients of a fantastic film.”