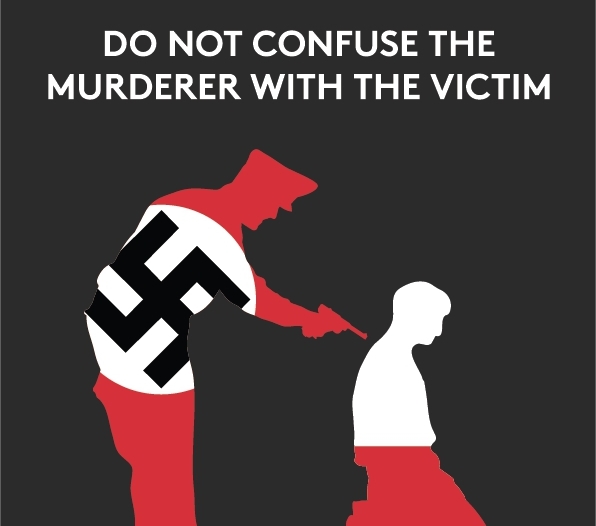 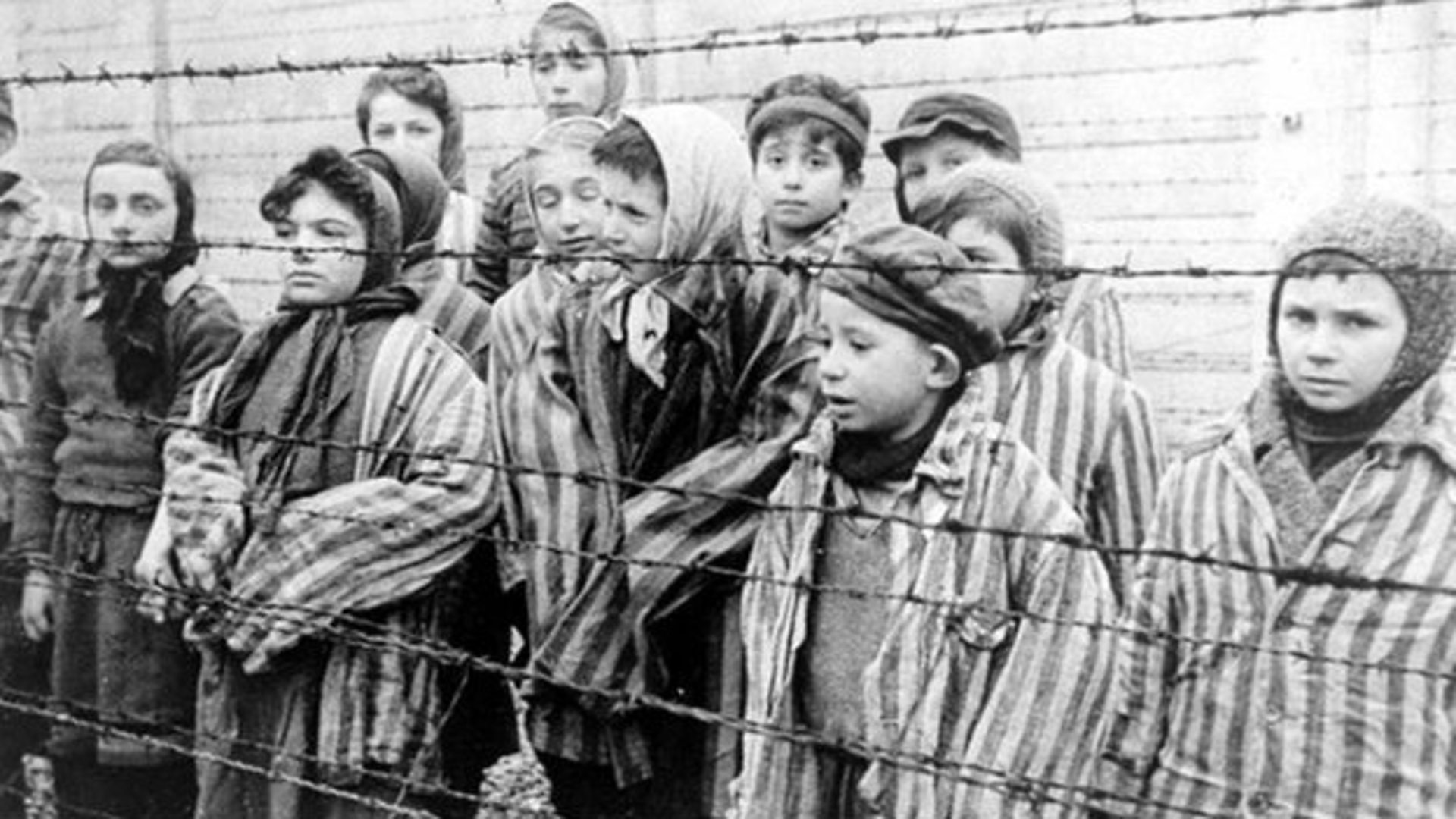 While it is completely understandable that Poland wants to stamp out the misleading and offensive phrase ‘Polish death camps’, this should be done through education, not by threatening prison sentences for those who use the term, as the government has proposed. Even more worryingly, the new draft law on this issue – combined with a threat to withdraw a state honour from historian Jan Gross – has the potential to be just the opening salvo in a far broader attempt to impose the ruling party’s historical vision, potentially impinging on academic freedom, argues Daniel Tilles, a British historian based in Kraków.

Poland’s ruling Law and Justice (PiS) party has long  made clear that it wishes the country to pursue – in the words of President Andrzej Duda earlier this week – an ‘aggressive historical policy’, with the dual aim of fostering a greater sense of patriotic pride at home while enhancing the country’s image abroad.

As an historian, I am inherently suspicious of such policies, clinging on to the naive hope that history can be treated as an academic subject rather than an ideological tool. This means accepting that the facts revealed by historical research can induce shame as well as pride, and acknowledging that there will always be a variety of interpretations of the past, rather than a singular, simplistic narrative.

Yet I also understand that in most countries, history – particularly through its teaching in schools and its presentation in popular media – is used as a means of shaping societies and the citizens that populate them. Britain’s current government has certainly pursued such an approach since coming to power in 2010; and the ‘history wars’ between Japan, South Korea and China show how such policies have the potential to significantly impact upon domestic politics and international relations.

Gross: ‘A Traitor to His Homeland’

However, where a line has to be drawn is when governments threaten to infringe upon the freedom of academic historians. And this appears to be the direction in which Poland’s government is heading, following two announcements made over the last week. Either one on its own would be worrying enough, but taken together they raise the spectre of concerted government interference in historical research.

First, it emerged that President Andrzej Duda has asked the Foreign Ministry to explore the possibility of stripping historian Jan Gross of the Order of Merit he was awarded by Poland 20 years ago. Gross, of course, is a controversial figure. His work on Polish antisemitism and its tragic consequences during and after WW2 has won acclaim for bringing little-known episodes to greater attention, but also acute criticism from many Poles, who feel that Gross offers a one-sided, distorted view of events, casting Poland in an unjustly negative light.

Duda’s move will therefore be welcomed by PiS’ conservative base. One party MP declared with evident delight that ‘such a gesture would show… that Gross is the enemy of Poland’, a ‘traitor to his homeland’. Yet it has provoked condemnation from the academic community, both Polish and foreign. Agata Bielik-Robson, professor of Jewish Studies at Nottingham University, points out that a ‘democracy has to have a voice of inner criticism, speaking in the name of minorities and different interests’. She fears that PiS ‘want to eliminate [such] voices, to produce a uniform historical perspective. The trend is deeply worrying.’ 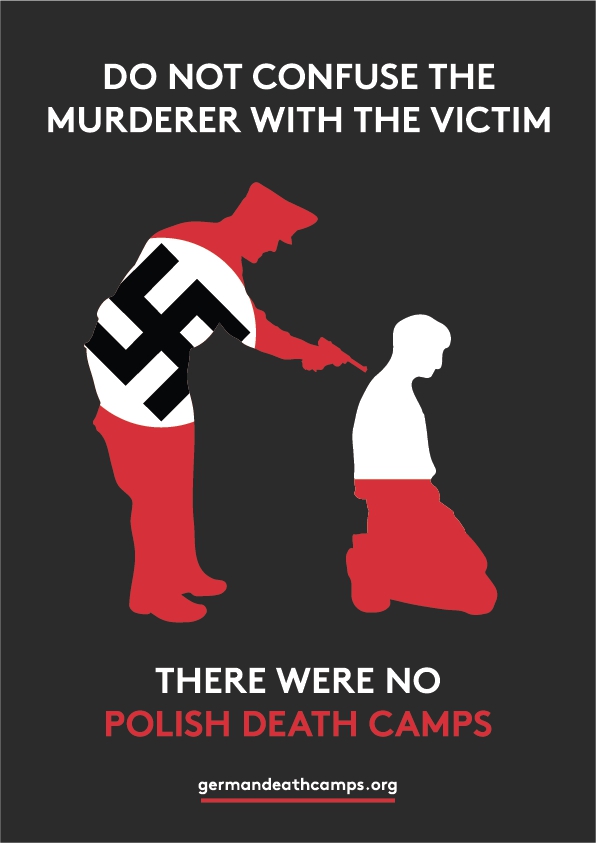 The second development is the publication by the Justice Ministry of a draft law stipulating penalties of up to five years’ imprisonment for anyone who ‘publicly and contrary to the facts associates the Polish Republic or Polish nation with participation in, organisation of, or co-responsibility for the crimes of the Third Reich’. The measure is aimed in particular at stamping out use of the phrase ‘Polish death camps’ to describe the institutions that were established and run by the Nazis in German-occupied Poland during World War Two.

In itself, this is a worthy cause: suggesting that Poles were responsible for the camps is both false and deeply offensive, given that they were, after Jews, the primary victims of the camps. There has in recent years been a very active and high-profile campaign to prevent use of the phrase in international media. This has been enormously successful: newspapers have changed their style guides; respectable publications rarely use the term; if one searches Google for ‘Polish death camps’, virtually all the results relate to the campaign against the phrase rather than genuine instances of its use.

This success, however, is precisely why the new law is so unnecessary: use of the offending term – which mostly stems from ignorance or carelessness rather than any malicious intent – is best fought by education and publicity, not criminalisation. Threatening offenders with imprisoned is to wield a sledgehammer when a scalpel is required. (For the record, I am equally opposed to laws that criminalise Holocaust denial: if someone says or writes something that is false, the best response is to demonstrate that they are wrong, rather than make them into a martyr and draw attention to their idea by putting them on trial.)

However, while the ‘Polish death camps’ issue has attracted all the headlines, the draft law has potentially more far-reaching, and worrying, implications. Its wording appears open to rather broad interpretation. This is perhaps best demonstrated by a theoretical example, using the work of Gross himself.

The proposed law envisions Poland’s Institute for National Remembrance (IPN) being the arbiter of whether historical statements are ‘contrary to the facts’. Back in 2000, the IPN was tasked by parliament with producing an official report on the Jedwabne massacre, following the outrage caused by Gross’ book on the subject, Neighbours. Its findings, while in many regards confirming Gross’, differed in important aspects. Whereas Gross claimed that 1,600 Jews had been slaughtered, the IPN declared this figure ‘highly unlikely’, and suggested the real number was at least four times lower. And whereas Gross wrote that ‘half of the population of the town murdered the other half’, the IPN found that the majority of the non-Jewish population were merely ‘passive’ onlookers to the crime, which was committed by a couple of dozen men, ‘inspired by the Germans’ who were occupying the town.

So, in this instance, the IPN effectively argued that Gross’ work exaggerated the extent and nature of Polish involvement in a crime committed under German occupation. It is not hard to imagine some arguing that this meets precisely the criteria, outlined above, for punishment under the new law. So, it appears theoretically possible that works of genuine scholarship could face punishment.

Of course, one may dispute some of Gross’ findings – and many historians, Polish and otherwise, have done so. But that is precisely how academic history is supposed to work: in many cases – Jedwabne being a perfect example – historians can never hope to prove beyond doubt precisely what happened. Rather, they merely endeavour to get as close to that truth as possible by seeking out and piecing together whatever fragmentary sources are available – archival documents, the memories of witnesses, archaeological findings – assessing their reliability, interpreting their meaning, balancing them against one another, and then drawing conclusions. Such a complex process inevitably results in a range of interpretations of the same events, which can often stand in complete contrast to one another.

But the resolution of such disputes is best left to the academic community itself, not to the whims of politicians or prosecutors. The government may claim that it has no intention of pursuing the law in this manner, and that it will only act in the most egregious cases. And perhaps that really is what they intend (though their attempt to strip Gross of his Order of Merit suggests that the type of work he produces is within their targets).

But even the theoretical power to criminalise genuine academic research will have a chilling effect, discouraging researchers from working on certain topics or publishing certain ideas, thereby stifling important and necessary debates. Such policies are the realm of autocracies, not the type of free, open democracy to which PiS claims to aspire.

As much as I disapprove of any government-led historical policies, if PiS feels it must meddle in the academic sphere, there are ways this can be achieved that are less harmful: adjusting criteria for state research funding; sponsoring academic conferences on neglected topics; promoting research that fits the desired narrative. A perfect example is the current touring exhibition, initiated under Poland’s previous government, which has travelled around Europe and North America, raising awareness of Poland’s role in cracking the German Enigma code.

Such initiatives do far more to portray Poland and its past in a positive light than clumsy efforts to punish historians the government doesn’t like. Within the last week alone, the Enigma exhibition has attracted numerous sympathetic articles in international media, whereas the threat towards Gross has met with an almost uniformly negative reaction. It is a sad irony that PiS’ historical policy, which explicitly aims to ‘defend the good name of Poland’, in fact risks doing great damage to the country’s international reputation.

This article originally appeared on Notes from Poland (link – Facebook)

98 thoughts on “Fighting the phrase “Polish death camps” with education, not censorship”