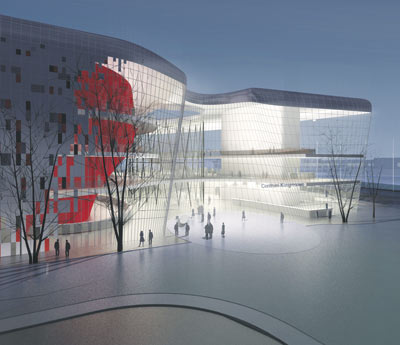 Hip design magazine Wallpaper turned its attention to Poland in its September issue. Whilst enthusing about the country as a dynamic place for new development, the monthly was less effusive about home-grown architects. “Local talent is sparse,” the magazine postulated, “and until recently, known more for its technical capabilities than its creativity.”

The author of the article went on to wax lyrical about a number of international architects building in Poland, including uber-trendy figures such as Daniel Libeskind and Zaha Hadid. In the accompanying list of “seven architects reshaping the country,” only one Pole slipped onto the roster (at the very bottom), in this case Wojciech Obtulowicz, creator of the Warsaw Uprising Museum.

Wallpaper was a little more forthcoming on its website, where two Poles were allowed to speak up for their peers. However, all in all, the Poles were rather pushed to the periphery. Singled out as especially beyond the pale were those architects who came of age prior to the collapse of the Iron Curtain. In contrast, young bucks who had studied abroad were cited as the bright hope for Polish architecture.

Although it’s heartening that magazines (and architects such as Libeskind, who himself has Polish roots) are showing an interest in the Polish scene, the Krakow Post feels that Wallpaper‘s overview sold the Poles short. Bearing this in mind, we thought it only sporting to publish some of our own picks of new projects in Poland. These buildings, chosen solely from within Krakow, are naturally just the tip of the iceberg (further afield, we might mention APA Kurylowicz Assoc., Bulanda & Mucha, KWK Promes, to name but a few). Yet in spite of the small context, we believe that the Krakow designs signal that the home-grown scene is in rude health. Not least, they reveal that architects from both the mature and the younger generations are setting the standards. Tastes are sure to vary, but Krakow – so long billed as a treasure trove of historic architecture – will soon boast a parade of modern marvels of which it should be rightfully proud.

All projects were featured in the exhibition “Krakow 2012,” organised by SARP (The Association of Architects of the Republic of Poland).

DOWNLOAD THE PDF VERSION OF OUR OCTOBER EDITION TO SEE A FULL RANGE OF BUILDINGS.