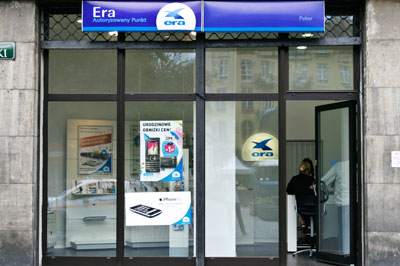 In scenes reminiscent of the iPhone launch in other countries, Poles queued for hours on the 22nd of August to get their hands on Apple’s eagerly-awaited hit mobile – or did they?

Images of hordes of eager purchasers snaking out from stores countrywide, widely published in the Polish media, turned out to be paid actors.

Outside at least 20 Orange stores selling the cult phone, the actors jostled in the line and even offered passers-by the chance to “buy” their place in the queue. The marketing ploy, while dismissed by an Orange spokesman as simply a bit of fun “to drum up interest in the iPhone,” betrays deeper concerns about the natural attraction of the product in Poland.

Unlike most mobile phones, Apple’s iPhone is sold exclusively with a monthly contract, an undisclosed portion of the recurring revenue going directly to Apple itself. The phone has been a huge hit in the United States, where the latest 3G model cost just 199 US dollars on a two-year contract. The same models are now available in Poland – but at a hefty cost.

In Poland, two of the country’s main mobile network operators, Orange and Era, have signed the rights to sell the phone, leaving the third largest network, Plus, at least for the moment, out in the cold. “We’re not ruling out including the iPhone 3G in due course,” Plus spokesman Adam Suchenek confirmed to the Krakow Post. “The most important thing is to be sure that it would be available to customers under attractive terms in the market.”

Currently Orange and Era offer contracts of at least two years, which involve a monthly subscription fee varying from 95 PLN to a whopping 345 PLN, depending on the amount of free minutes, SMS messages and data transfer. Worryingly for consumers, the new 3G model automatically updates its software and applications, meaning customers may face potentially large bills for extra data transfers over the network if they find themselves outside the range of a free wireless network. Customers currently do not have the option to specify if and when such updates are applied.

Already on Orange’s own website, reaction from customers has been largely negative – on the day of the launch, one customer advised other potential clients that it was “essential to have access to the internet to activate the iPhone as you need to first install iTunes and other software of around 250 MB.”

For clients who have chosen the cheapest option available, this already uses up half of their monthly free data transfer quota. The same customer also highlights the fears about the amount of control that Apple retains directly to the handset, adding that “Apple has control of the equipment and can, for example, at any time, and remotely, remove applications.”

One forum poster, a young web programmer, who describes himself as “the ideal Apple target consumer,” claims that “after several days engrossed in investigating, canvassing opinions and weeding the facts from the marketing hype – I came to the conclusion that having the iPhone’s revolutionary design is not worth it for me to let someone else decide what I want to use my phone for, and what I am not allowed to do.”

A further mitigating fact against the runaway success of the iPhone in Poland is that the country’s mobile market is dominated by the pre-paid sector. Orange and Era are already promising a pre-paid option, with the former reputedly about to offer an 8GB model at 1799 PLN and the 16GB version at 2099 PLN. For Orange customers, either way, the network operator has made it 150 PLN more expensive for a customer to get their hands on an iPhone at an Orange store than online through Orange’s own website.

Someone, after all, has to pick up the tab for all those actors outside the door.