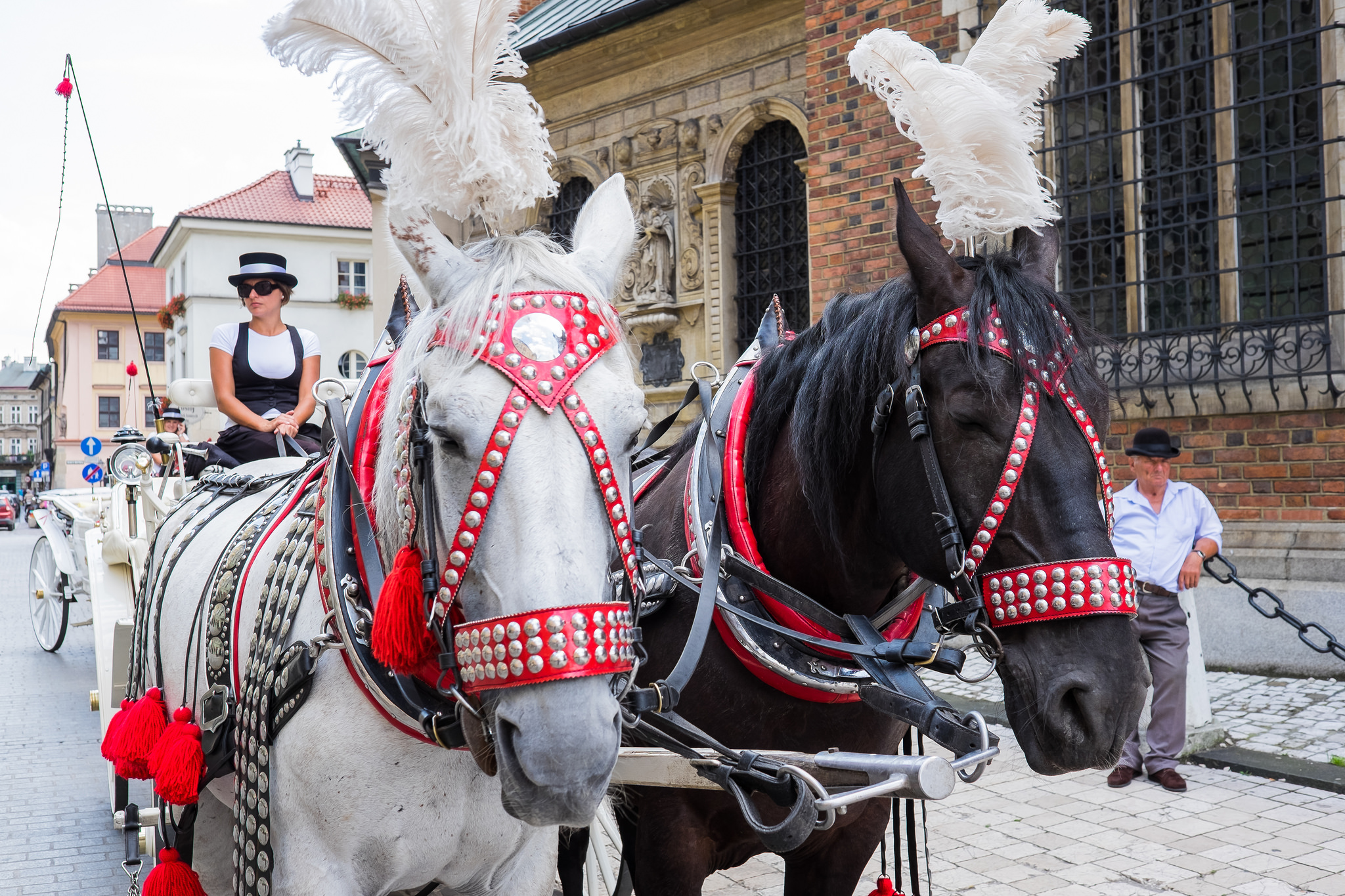 Lantra, a tourist carriage horse which collapsed at the intersection of Monte Cassino and Kapelanka on Wednesday, was put to sleep by veterinarians. In a statement on its Facebook page, the carriage operator Dorożki Konne KJKM Partyka said, “With enormous regret, despite the efforts undertaken and consultations with academic experts and veterinarians, after testing and analyzing the medical records we have decided to put down our mare.” The company cited an incurable illness rather than maltreatment, calling the horse “a member of our family.” The accident comes as other cities like New York debate the ethics of using horse-drawn carriages as tourist attractions. [TVN 24]

Several hundred joggers made a 5k run around Planty Park earlier today to protest Krakow’s notoriously harmful smog levels. It culminated with the mock trial and beheading of a silver dragon-headed effigy called Smog (a pun on the Polish “Smok,” meaning “dragon”) on the Main Square. The city’s smog levels exceed recommended levels and average of 200 days per year and can be especially dangerous for athletes. (Read our tips on how to protect yourself.) [Gazeta Wyborcza]

Traffic jams on road to Zakopane

Krakow motorists hoping for a weekend getaway to the popular mountain resort town of Zakopane can expect considerable delays (up to three hours total travel time) due to heavy road congestion. [Gazeta Krakowska]