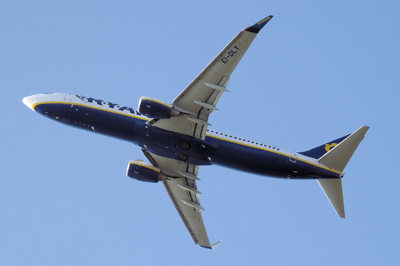 The low-cost carrier Ryanair announced last month that they are suspending all flights from Krakow from November 4th to December 19th. They cite low passenger numbers, high fuel prices and airport fees as the reason for their decision. In addition to Krakow, Rzeszów will also have all Ryanair flights suspended and Warsaw will have its Dublin connection grounded during this time. Ryanair founder Michael O’Leary announced that it costs less to keep aircraft on the ground than to fly to these destinations.

Rumours have begun circulating that Ryanair will not return to Krakow after the suspension and will move to Katowice Airport instead. Aviation industry experts claim that this tactic is an attempt to try and force the airports to lower their fees.

The authorities at Krakow Balice Airport reacted very angrily to these statements. “Ryanair has shown yet again that it is a carrier that doesn’t care about its passengers. Not for the first time it is trying to pass on the cost of its business activities onto airports and passengers and is demanding special treatment. In an ultimatum addressed to the Krakow Airport Authority and also to several other Polish airports, the carrier is demanding the abolition of all airport fees in the November – December period,” said a statement from Krakow Airport.

The new chief executive of Krakow Airport thinks that the information that Ryanair is to leave Krakow for good is a marketing ploy. He commented, “This isn’t the first such announcement from them and until now none have been fulfilled. It seems as though the airline is playing off airports in southern Poland against each other.”

The withdrawal of Ryanair’s services from Krakow will reduce the number of cities passengers can fly to; however, this may only be temporary as other low-cost airlines are waiting in the wings to take over gaps in the market.