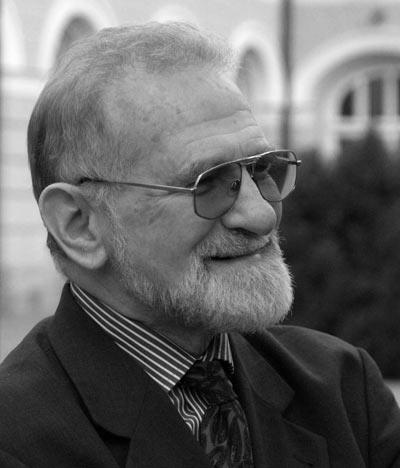 They all honour Bronislaw Geremek, a Holocaust survivor, a historian of medieval France, an anti-communist oppositionist, one of the founders of the Solidarity movement in 1980, an architect of the peaceful Polish revolution of 1989 which precipitated the fall of the Berlin Wall, the Foreign Minister at the time Poland joined NATO, a true statesman, a member of the European Parliament and a strong advocate of the Polish cause.

Well, it’s edifying to remember that he was not an unblemished knight in his early political career. Like many fellow students in the early 1950s, he was naively lured by the communist ideas of social equality and justice, and he entered the Communist Party. This clearly helped him in completing his postgraduate studies in Paris, since obtaining a passport back then was close to miraculous. However, Geremek’s high hopes for a “civilised socialism” quickly faded, his disappointment culminating in 1968, when Soviet and Eastern Bloc troops invaded Czechoslovakia. In protest he withdrew from the Party, and became increasingly involved in anti-communist activity.

This bearded, pipe-smoking academic was disliked by many for his dry, paternalistic tone. As a prominent democratic oppositionist he was constantly ridiculed by the communist press, being referred to as a “professor of medieval France’s social dregs and prostitutes.” However, a thorough knowledge of the social dregs and prostitutes’ morals and customs proved to be quite useful while reading the venomous texts of martial law propagandists in 1981, as one of his friends aptly remarked.

Strangely enough, today, Geremek’s most zealous political opponents are his former Solidarity companions, including the Polish President. This however is quite customary in Poland’s polarized political scene, where minor animosities have turned into fierce hatred, and formerly united oppositionists have become life-long enemies, enamoured of communist defamation methods. It is not uncommon to hear theories spread by the extreme political right and certain Church circles stating that Geremek was a key figure in an ancient universal Judeo-Freemasonic conspiracy to destroy Poland, the last stand of Catholicism in a secularised Europe. Well, the less said about that the better.

Whatever he deserves credit for, Geremek was a representative of the intelligentsia; that unique class of educated people, professionals and artists alike, all aware of their civic duties, working for the country, devoted to the dissemination of culture. These people formed the backbone of the Second Polish Republic after Poland regained independence in 1918. World War II proved to be disastrous for the elite of the Polish nation. The well-known Soviet massacre of Poles at Katyn was mirrored by a parallel extermination of the intelligentsia carried out by the Nazis. Thousands more perished on all fronts of the war. The best of the younger generation, including students and schoolchildren, died in the Warsaw Uprising of 1944. When the Soviets took control of Poland and the rest of Eastern Europe, many Poles decided to stay in exile in the West. Those who returned were persecuted, arrested and often executed as spies.

Some of the remnants of the decimated pre-war intelligentsia tried to survive on the wrong side of an Iron Curtain, still doing their best to oppose the system. These gentle, educated men and women of culture were totally ill-fitted to the boorish and rustic reality of the People’s Republic of Poland, where the only officially acceptable form of a citizen was a spawn of an alliance of workers and peasants. As professors, doctors, and lawyers they assisted, advised and helped defend protesting workers following the tragic events in Poznan in 1956, then in 1970, 1976 and 1980. The late Jacek Kuron, Geremek’s friend and the future Minister of Labour and Social Policy, used to say with reason: “Do not set the Party headquarters on fire; organize your own ones.” This approach is best described by an old joke: “What is the difference between the working class and the intelligentsia? The workers cry: ‘We want bread!’; the intellectuals ask: ‘Would you please pass the bread roll?'”

If Lech Walesa and other strike leaders at the Gdansk shipyard were the heart of the Solidarity movement, Geremek, Kuron and Mazowiecki constituted its brain.

There are but a few of this dying breed still active in Poland’s political life these days, most of them, like Geremek, well into their seventies. Today, widespread higher education has given rise to quantity rather than quality, with university graduates of no intellectual background whatsoever, lacking basic knowledge at even the primary school level, especially of contemporary history. A quick look at the churlish rabble occupying the Polish Parliament, as well as a youth which detests politics, leaves doubts about the shape of things to come in this country.