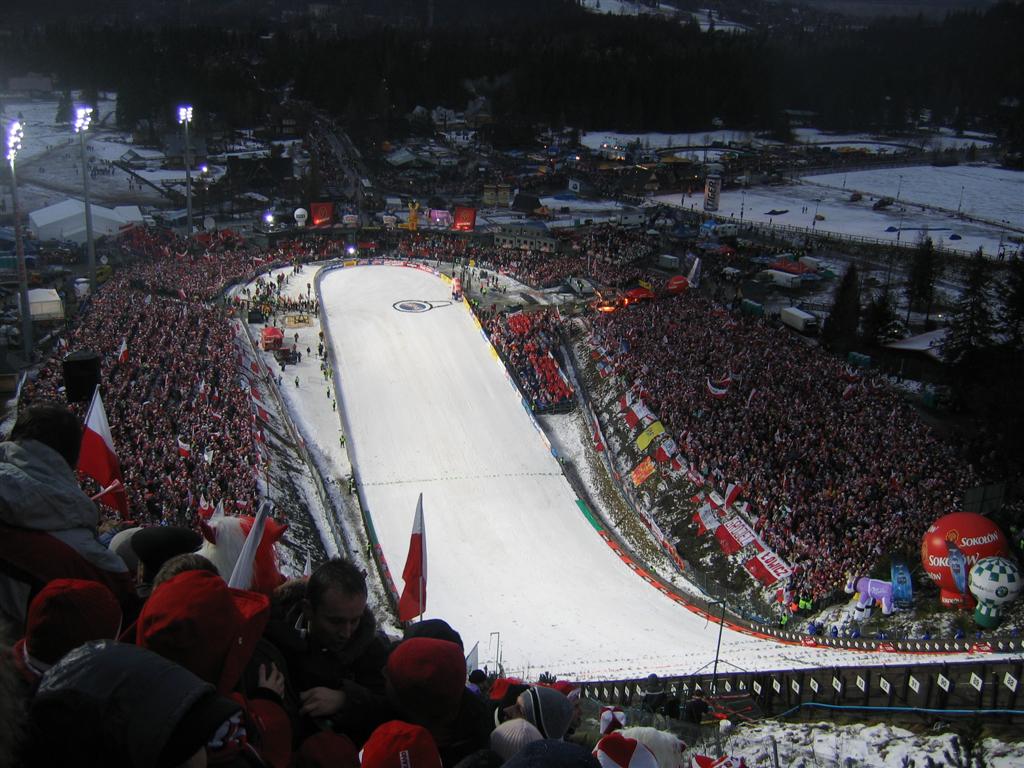 The FIS Men’s Ski Jumping World Cup, which has taken over Zakopane over the past three days, concluded at Wielka Krokiew hill with 22-year-old Stefan Kraft of Austria clinching first place in the individual competition. He finished with 307.3 points after his 133-meter jump in the second round.

This year’s favorite and currently top-ranked Peter Prevc, 23 and from Slovenia, only managed third place. Polish President Andrzej Duda awarded him, Kraft, and second-place winner Michael Hayboeck (also form Austria) medals in a ceremony at the bottom of the slope.

Yesterday was the team competition, with Poland earning third place behind Norway and Austria.

The Fédération Internationale de Ski (FIS) holds 25-30 competitions per season, mostly in Europe. The Zakopane competition was number 13 of 30 in the current season, which began on 24 November 2015 in Klingenthal, Germany and will end on 19 March in Planica, Slovenia.

Meanwhile, the Women’s World Cup has just concluded its seventh competition in Zaō, Japan, where Polish athletes failed to place.

[Michalina Smoleń contributed to the research and reporting of this article.]