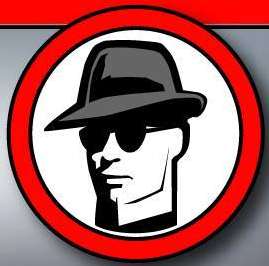 The Committee for Defense of Democracy (KOD) is organizing a demonstration at noon on Krakow’s Main Square against unwarranted internet surveillance by the government. Simultaneous actions will be held in other cities, including one in Zakopane designed to coincide with men’s ski jumping World Cup there. KOD has staged several protests over the past few months in Krakow and other cities against actions by the PiS-led government, including the controversial changes in the constitutional court and the erosion of the independence of public media. [Gazeta Wyborcza]

In Krakow’s center, PM10 levels stand at 150 μg/m3 (3x recommended levels) and the deadlier PM2.5 at 235 μg/m3 (nearly 100x recommended levels). Cracovians, especially those who are young, old, or with sensitive health conditions, are advised to stay indoors or take other precautions to protect themselves. [AQICN]

The international credit rating agency Standard & Poor’s has reduced Krakow’s bond credit rating from an 8-year level of A- (upper medium grade) to BBB+ (lower medium grade). These ratings are used to evaluate the financial strength of bonds before making an investment. This comes on the heels of an unexpected similar downgrade of Poland generally last week. Mayor Jacek Majchrowski blogged, “I am afraid that in the long term, the reduced rating will hamper the city in negotiating with banks and may also lead to an increased debt burden.” While PiS blames the policies of the formerly-governing PO party, S&P credit analyst for Poland Felix Winnekens said in a statement, “The downgrade reflects our view that Poland’s system of institutional checks and balances has been eroded significantly.” [Gazeta Wyborcza/S&P]