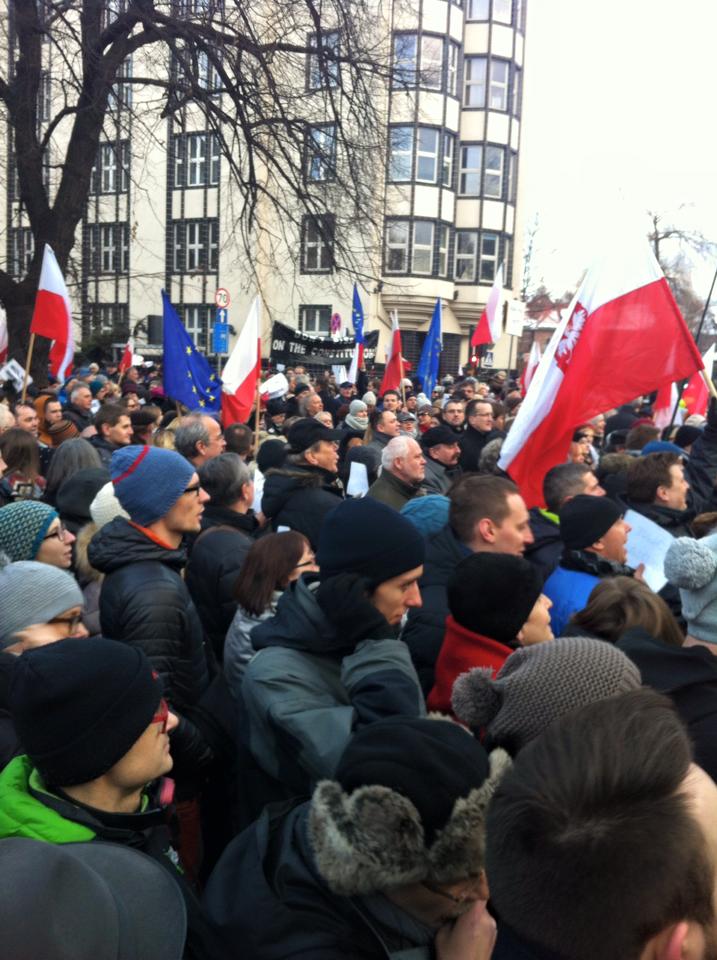 Last Saturday as many as 2,000 Cracovians gathered around the Radio Krakow building on the busy al. J. Słowackiego to protest recent moves by the Law and Justice (PiS)-led government to place the media under greater state control.

The controversial law, signed by President Andrzej Duda last week, gives the Polish treasury minister the power to hire and fire the broadcasting chiefs of public TV and radio stations, taking this role from a media supervisory committee.

Opponents fear this will make stations like TVP, where many Poles go for their information, unfairly biased in favour of the conservative government.

Demonstrators waved signs and flags of Poland, the EU, and even the US, while others placed duct tape over their mouths in silent protest. Overflow from the crowd gathered on the avenue’s median while speakers denounced the government policies. The event, with others like it springing up in Poznań and Wrocław, was supported by the newly-formed Committee for the Defence of Democracy (KOD), which also organized nationwide protests last month against PiS’ controversial policies toward the constitutional court.

After the demonstration, the local PiS office could also be seen papered in slogans from the event. 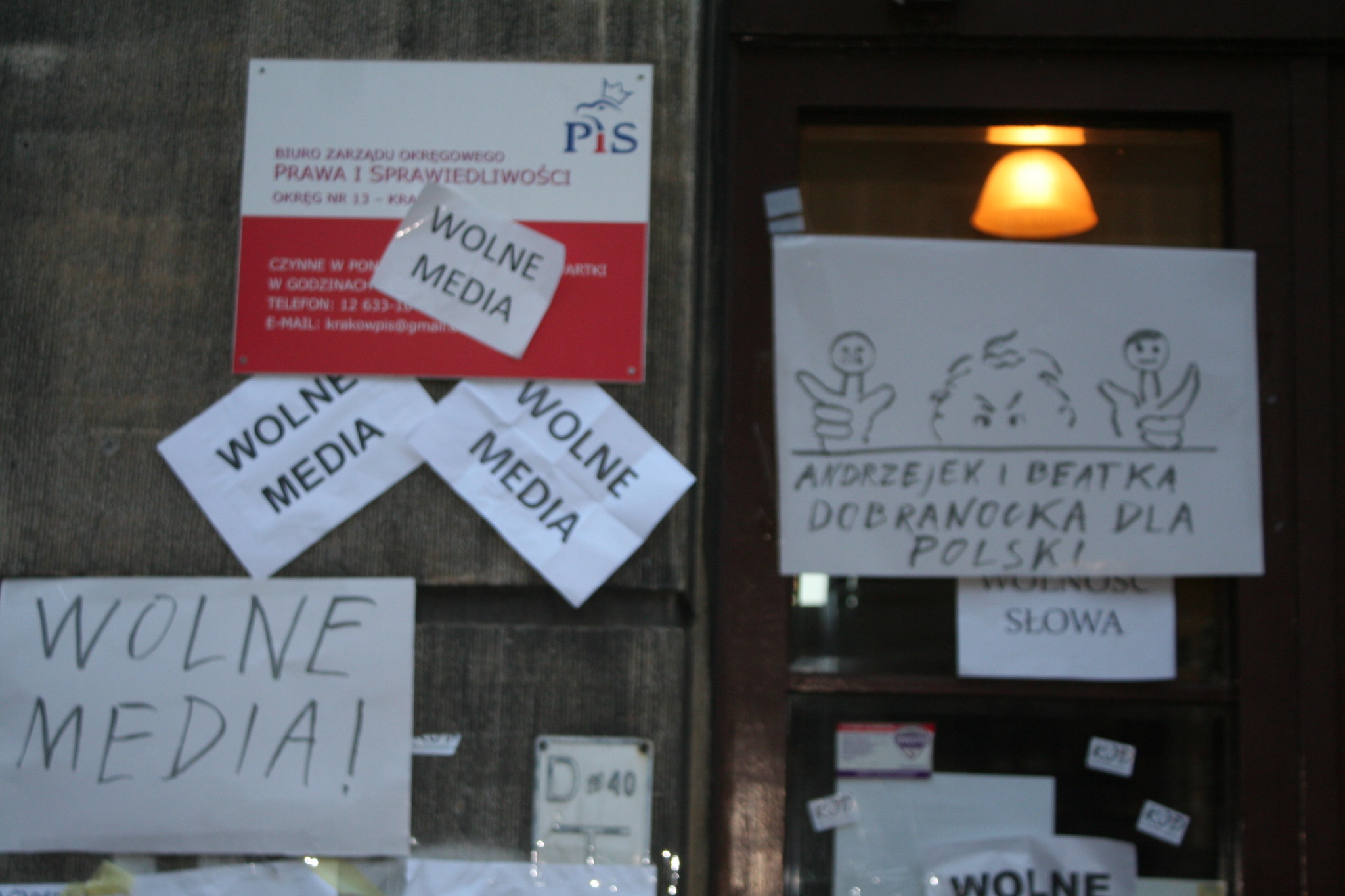 The government’s actions have drawn wide criticism from abroad as well, with European Parliament President Martin Schulz going so far as to call it a “dangerous Putinization of European politics.”

Polish Defense Minister Antoni Macierewicz struck back, saying Germans like Shulz should not “instruct others about democracy and freedom.” Duda spokesperson Małgorzata Sadurska has defended the laws, saying that the president’s goal is to make public media “impartial, objective and reliable.”