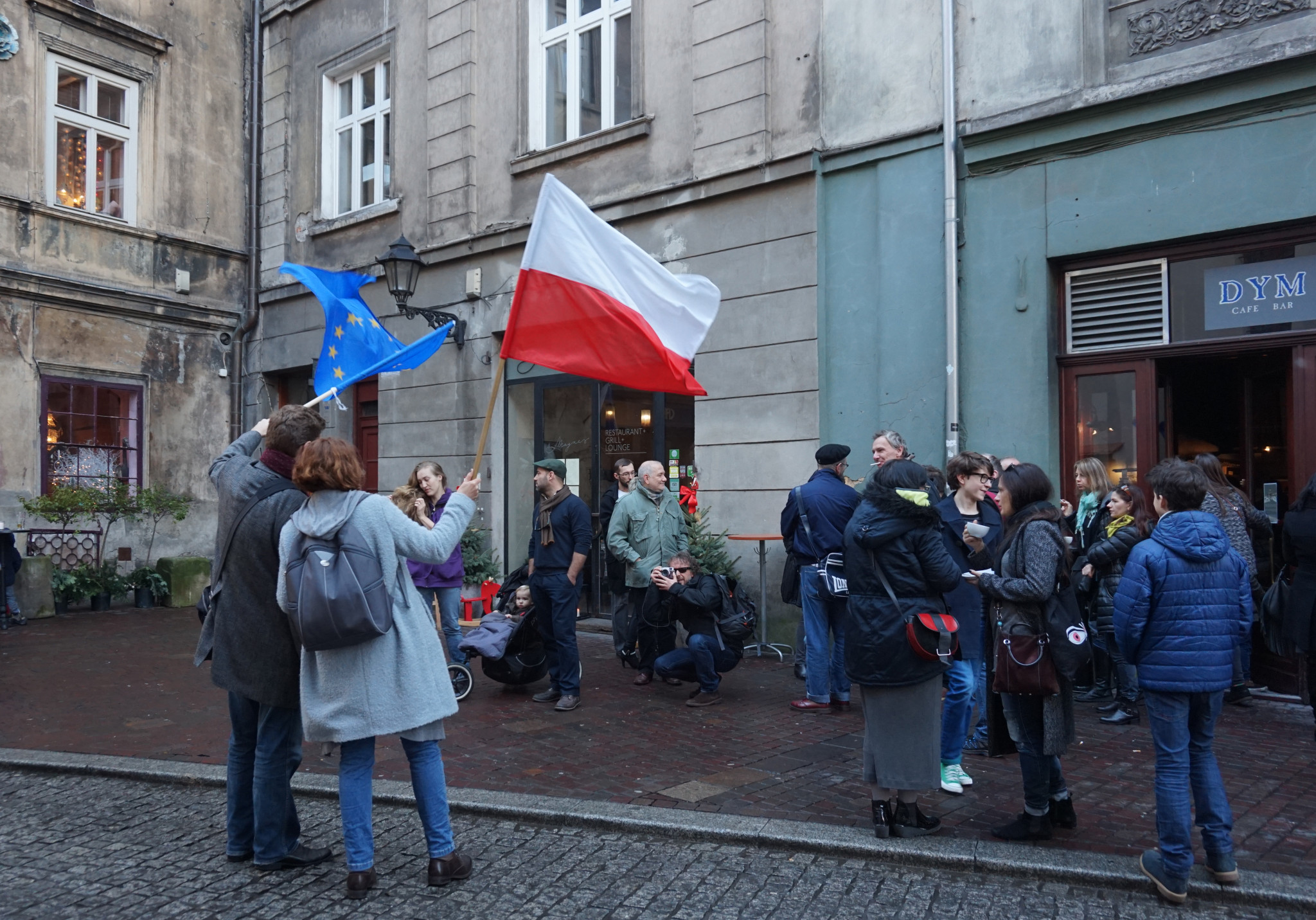 Several thousand people took to Krakow’s Rynek Główny yesterday as part of a series of protests in Poland and abroad against the newly governing Law and Justice (PiS) party.

The demonstrations were organized by the Warsaw-based Komitet Obrony Demokracji (Committee for the Defence of Democracy), formed in November to combat what it views as overreach by the government to reshape the judicial system in its favor.

The Cracovians were joined by simultaneous protests in Poznań, Gdańsk, Wrocław, Lublin, Katowice and Tarnów. Crowds in Warsaw were dispersed prematurely by police after a now-discredited bomb threat.

PiS, the national conservative party out of power for 8 years, gained a powerful majority in the government in October, while its Andrzej Duda won the presidency this past May.