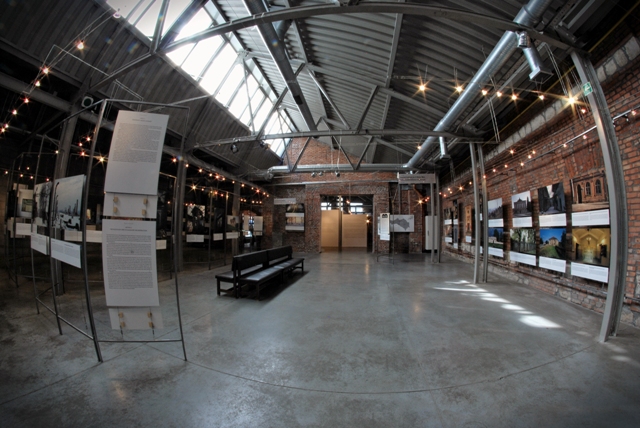 We recently sat down with Jakub Nowakowski, Executive Director of the Galicia Jewish Museum, to learn more about the museum and its programs. 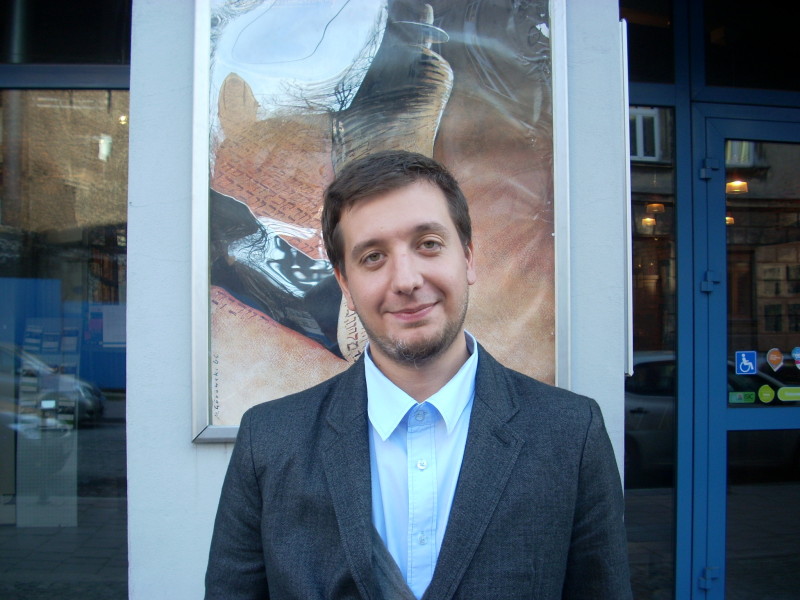 Krakow Post: Could you tell us about Galicia Jewish Museum?

Jakub Nowakowski: The Galicia Jewish Museum was founded 11 years ago in April 2004 by two Brits, Jonathan Webber and Chris Schwartz. They were visiting Poland in the 1980s because Chris was writing a piece on Solidarity for a British newspaper and Jonathan was bringing students to conduct research on Auschwitz. In the 1990s they started to work together on a project that was to document traces of Jewish heritage still visible in southern Poland; in time, the idea evolved into the museum. Chris located and renovated the space for the museum (an old furniture factory), found staff and supporters, and opened the museum. From the very beginning, the museum was not meant to be a Holocaust memorial, but rather to give context to what visitors were seeing at Auschwitz. The original idea for the museum was to be a contemporary space to educate visitors from abroad on the historical importance of Galicia and its Jewish history, to celebrate the Jewish world that once existed, and to be a serve as a place where Jews and non-Jews can interact with contemporary Jewish culture.

KP: What is Galicia?

JN: The Galician region was created at the end of the 18th century when Poland was divided between the three neighboring countries of Prussia, Austria-Hungary, and Russia. It included parts of modern day northwest Ukraine and southern Poland. The Austrians created this semi-independent area which contained approximately 75% of all the Jews living in the world at the time. Galicia was the absolute center of the Jewish world. At the end of WWI in 1918, the partitions ended and Poland claimed its independence for the next twenty years. Although this is when Galicia ends its official story, it still Poland that holds the largest Jewish community in Europe. During the Second World War, Galicia is brought back as a district for a short period of time by the Nazis. It becomes important for the second time in Jewish history as this is where the majority of the Jewish victims of the Holocaust are being killed. After the end of WWII, Galicia is once again divided, this time between Poland and the Soviet Union.

Even though Galicia hasn’t existed for 100 years, it still exists in people’s minds and memories as a mythical land among the Jews and non-Jews. Jews still consider themselves Galicianas because people remember Galicia as a good place to live compared to other parts of Poland.

KP: Can you tell us more about the museum’s educational programs?

JN: We are running a number of educational and cultural programs, both for foreigners and for Poles. Some programs are happening here at the Museum – for local children and young families. We understand it is important to educate young children about Jewish culture and tradition because they are surrounded by traces of Jewishness. We want to prepare them—before they learn about the Holocaust—to learn about Jews.

Of course, we have programs for students, concerts, trips, workshops, lectures, meetings with Holocaust Survivors, and so on. Another key program is seminars for Polish and Ukrainian teachers. We started them seven years ago for around 30 teachers. In 2014, we held six sessions for 400 teachers from Poland, Ukraine, and other countries from the former Soviet Union.

A big piece of our work is happening outside the museum, in small towns and villages across southeastern Poland and Ukraine which have included over 22,000 students. We also send our exhibitions around the country with members of our education team to encourage local towns to look at the Jewish story of their town as their own. We are trying to take out the taboo of discussing the Jews and start discussions.

Even though Galicia hasn’t
existed for 100 years, it still
exists in people’s minds and
memories as a mythical land
among the Jews and non-Jews.

KP: Can you tell us a bit about yourself and what interests you about Jewish culture?

JN: I was born and raised here in Kazimierz, the former Jewish district. My family has lived here for many generations, always as a Catholic minority in a Jewish town. I was the first of my family to grow up in this district when it was virtually free of Jewish life. I had no interaction with any Jewish activity, but I was surrounded by this post-Jewish environment. I started to look for answers to the questions about myself, about my story. I joined the Jewish Studies department at Jagiellonian University in Krakow. After I graduated, I started working at the Galicia Museum over the summer in 2005, and now I am the Executive Director.

KP: Could you tell us about the museum’s core exhibition?

JN: The museum is built around the core exhibition called “Traces of Memory”, the result of ten years of Jonathan Webber and Chris Schwartz’s work. The exhibition depicts historical and current Jewish life in the former Galicia area. Chris and Jonathan visited former Jewish communities of the region, took photographs of synagogues and cemeteries, interviewed locals, and wrote several publications about the region. “Traces of Memory” is the first time the region was shown in color rather than in typical black and white photographs. The exhibition puts these places, these photographs, into the context of contemporary Poland to stress the importance of the buildings today, not just what their role was in the past, but for now and for the future. While every photo is accompanied by historical information, the majority of the caption is about the present day or the future. That is one of the most unusual and unique things about Galicia Jewish Museum.

The exhibit is divided into five sections: the first is ‘Jewish Life In Ruins’  which agrees with the typical explanation of Poland as a land of destruction; the next ‘Jewish Life And Culture As It Once Was’ contrasts the stereotypical image of Poland with photos of Jewish life that existed here for 900 years; the third section is ‘the Holocaust’; the fourth, ‘How the Past Is Being Remembered’, depicts how Jews and non-Jews deal with the memory of the Holocaust… or don’t deal with it; and the last, ‘People Making Memory Today’, shows how people remember the past in very different ways. Right now, we’re in the process of updating the exhibit with 50 – 60 new photos taken after the opening of the museum which will be finished in the summer of 2016. Next Jewish Culture Festival, stay tuned for information about the opening.

KP: And the temporary exhibits?

JN: Each year we are opening three to four temporary exhibitions, to give context to the core exhibition. Some are connected with pre-war Jewish life, others to the Holocaust, and some about contemporary Jewish culture—or frequently a mix of all of them. On November 18th, the museum opened a new temporary exhibition—The Life and Work of Romek Marber. Marber was born in 1925 in Turek, Poland. During WWII, Marber worked at the Bochnia Ghetto where a German officer spared his fate by locking him and other Polish Jews inside the factory so they would not be sent to death. After the war, he moved to Great Britain and became a graphic designer for The Economist, New Society, but most was notably known for creating the graphic designs for Penguin Publishing House’s most popular series—The Penguin Crime Scenes. The opening of this exhibit was Marber’s first visit back in Poland since 1944, and he was joined by his family.

Our next exhibition will be very different. It will focus on the phenomenon of the revival of Jewish life in Poland. The exhibit will explore whether the interest is from commerce, kitsch, or genuine; where the interest comes from and where it is taking us in the next few years; and will explore the miracle of the revival itself. Sometimes we seek out exhibitions to tell a certain story and other times we accept submissions we receive. If there are any readers out there with ideas, we are happy to discuss them!

KP: What does Jewish Krakow mean to you?

JN: Most of all, its home. Jewish Krakow was always part of my family’s story. It was kind of like Atlantis or any mythological land, the only difference for me was that I was actually living here with no understanding of what it all meant.

Jewish Krakow is a chance. We are unlike other Jewish institutions across the world, especially in Europe, where people feel threatened and insecure. Jewish Krakow means friendliness, openness, and support for the local Jewish community. It means hope, that we are able to change the world around us. Jewish Krakow is a very good example that we can create, out of agreement, an abundant space—not just a tourist destination providing information and entertainment. But we can create a space that once again is becoming a center for Jewish Cultural life.

Visit the Galicia Jewish Museum at Dajwór 18 in Kazimierz to check out the core exhibition and the new temporary exhibition “Life and Work of Romek Marber”.