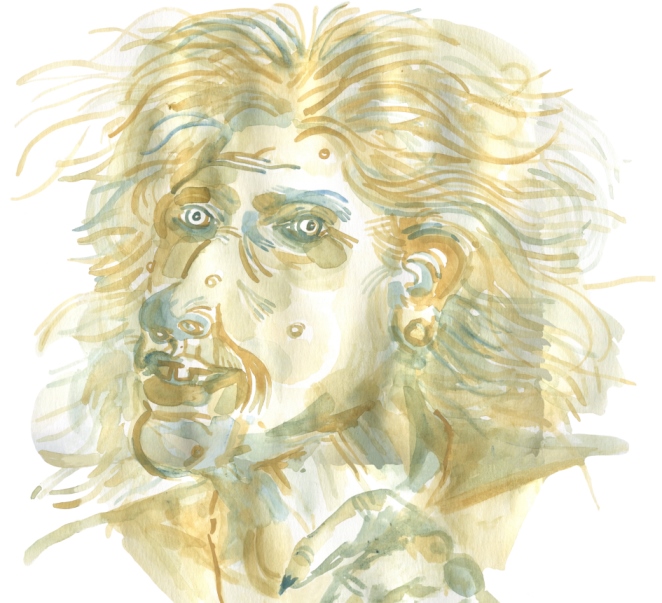 November is an important time in old Poland—a busy month preparing for winter, with families believing that animals and elements had connections to the various creatures of legend that swelled in the surrounding areas.

The people in what is now Eastern Poland would use this time to clean—the idea of the pre-Christmas clean actually comes from this time of the year. Pagans and even some contemporary Christians believe that cleaning before November the first is extremely unlucky and would anger the spirits of the dead that would walk the earth before resting during what has become known as All Souls’ Day. Houses would place extra seats for the departed, and no visitors would be turned away during this night, as it was believed that the dead would take the shape of strangers and would be deeply offended and bring bad luck on those who did not.

Western Poland, more closely linked to the tradition of lighting candles on All Saints’ Day to guide spirits, was more associated with the mountain folk, and their traditional celebrations before the snow would block passages gave thanks and hopes for a safe time during the winter season.

All of Poland, though, is distinctly Slavic no matter whereabouts you find yourself. This is fantastically unique and it has a rich and beautiful folklore—again depending on the area.

Crops would be stored so animals wouldn’t eat them when they were brought within or close to the household, but also because many believed that animals and spirits spoke to each other, and a messy house would spark the ire of many Wood, Water, and Earth creatures.

Children would be on their best behaviour due to the constant fear that the forest witch or Baba Yaga would take them. Some believed that she was looking for her last pre-winter sleep snack, and naughty children were her favourite.

Those with more Celtic links would construct various things most people associate with Christmas—holly wreaths or ivy—towards the end of November, preparing for the solstice.

As the month itself became darker and darker, this brought other creatures to the forefront of the minds of people. As the fire was on from dawn to dusk and grew because of the chilly weather, it caused concerns—fire creatures love to create mischief. As Poland became Christian it was thought they were devils or demon-like imps who would leap out. People encouraged dogs to sit in front of the hearth to be ever vigilant for them.

Gnomes (or dwarves—krasnoludki) are often thought to help or hinder, as the old story goes with the shoemaker. But the creatures loved to be creative, and supposedly still do. This is possibly influenced by the Germanic tribes who brought their own beliefs and traditions to Poland, yet Polish gnomes are unique.

If you head to Wrocław, the city of gnomes, you can see how they still inspire much creativity and joy. They are perhaps most loved by miners—some still leave offerings as not to upset them. They’re also an important symbol for the anti-communist Orange Alernative which was based there.

These spiritual and elemental beings were on many people’s minds in old Poland, and they wished to use them to bring luck and safety for the dark winter season. If you feel inspired, leave a little piece of bread and milk for the gnomes. Or, if you have been bad, watch out for that witch.

3 thoughts on “November: A time to clean in Polish pagan folklore”