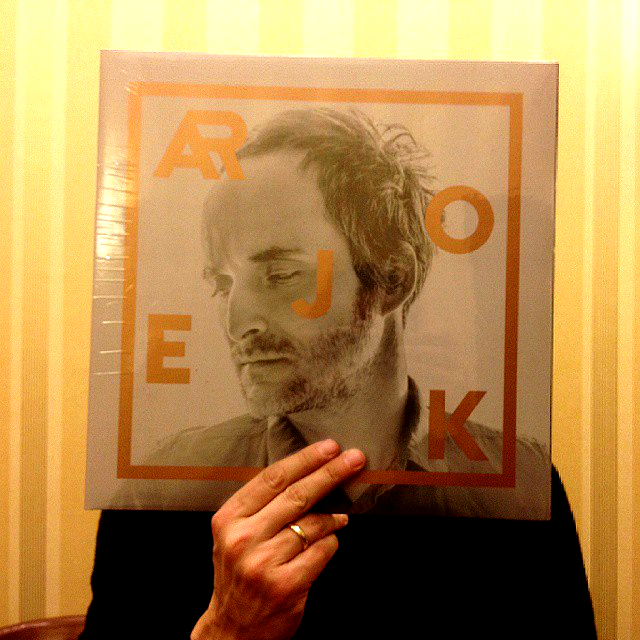 Artur Rojek may not be instantly familiar to many expats, but he’s a household name to most Poles. For two decades, as lead vocalist, guitarist and composer for the alternative band Myslovitz, his voice was (and still is) a ubiquitous presence on Polish radio. Two of the band’s albums—Miłość w czasach popkultur (Love in the Time of Pop Culture) and Korova Milky Bar—are among the best selling albums in Polish music history, each reaching double platinum status. The latter was also subsequently recorded in English and issued by Sony in 27 countries, and the band played all over the world in support.

But like the best Polish music, even their mainstream hits have a depth and sensitivity that are as thought-provoking as they are hummable (a quality that was perhaps lost in the English translations of their songs.) They are sometimes thought of as the Polish Radiohead, and while the comparison is generally apt, it’s worth noting that Rojek never becomes quite as obtuse as Thom Yorke’s most incoherent ramblings.

In early 2012, Rojek left the band to pursue other interests, including his continuing role as director of the increasingly successful OFF Festival, a music event that he started in 2006 in his hometown of Mysłowice, but which has since moved to Katowice due to its success. Recognized as one of the world’s major music events, under Rojek’s guidance the festival has hosted a veritable who’s who of international artists of all genre, from The Flaming Lips, The National, Smashing Pumpkins, and Iggy Pop’s Stooges to British legends like My Bloody Valentine, Primal Scream, and Ride, including music as diverse as the brutal MathMetal of Meshuggah and AltHipHop of new sensation Run The Jewels. This past August even included one of Patti Smith’s few performances of her landmark Horses album, and all of that in addition to presenting the best in Polish music. 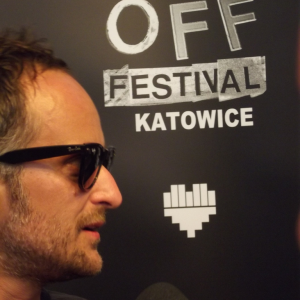 In 2014, Rojek released his first solo album, Składam się z ciągłych powtórzeń (I Consist of Continuous Repetition), which expanded upon the most progressive tendencies he’d exhibited in Myslovitz, adding everything from electronica to a children’s choir to the mix. But his undeniable penchant for irresistible melodies was still to the fore, resulting in a #2 album as well as hit singles “Beksa” and “Syreny” (“Mermaids”), both of which dominated Polish radio. He’s toured this album a few times already, but this time out there is the welcome addition of some of Myslovitz’s best loved songs to the set for the first time—a real treat for those of us who never had the chance to see Rojek perform them with the original band.

The events in Paris less than 24 hours earlier couldn’t help but cast a shadow over proceedings, something Rojek addressed early on. Kijów Centrum is a comfortable venue with plush seating most often used as a movie theater, which is great for comfort and sound quality, but not really suited to a rock and roll show.

Which was perfect for both the somber mood and the introspective nature of Rojek’s solo material. Right from the introduction, the hypnotic rhythm of “Pomsył 2,” the vibe was quietly intense. Rojek sat at center stage on a red upholstered chair, seemingly unaware that he wasn’t alone. It was more Kurt Weill meets Nick Cave than Myslovitz, especially when coupled with some unique instrumentation; throughout the night, echoed trombones, melodica, and something that appeared to be a duck call were all utilized to unusual effect, mostly with success.

As expected, the two recent singles scored big with the crowd, but it was “Czas ktory pozostał” that stole the show with its theatrical delivery, culminating in Rojek’s tortured screams. He must have agreed, because after a two-song encore he confessed that the band had run out of material, and so chose to do the song a second time to close the evening.

It wasn’t all perfect, however. A Spanish language cover originally by Tómas Méndez was weirdly out of place, which Rojek himself more-or-less acknowledged in the introduction, and a throbbing dance version of Johnny Cash’s “Ring of Fire” was, to my ears, a techno trainwreck. But the night’s other cover, alternative trip hop artist Son Lux’s “Easy” was excellent, and fit stylistically with his solo material perfectly.

The inclusions of 2 Myslovitz classics—the gorgeous “Chciałbym umrzeć z miłości” (“I’d Like to Die of Love”) and the anthemic “Długość dźwięku samotności” (“The Sound of Solitude”) gave the set needed balance and were welcomed so very warmly by the crowd that I’m sure I’m not alone in hoping he adds more of those songs in the future.

But I doubt it will happen. Rojek seems very focused on looking ahead—it’s why he became a solo artist in the first place, and with a new album scheduled for about a year from now, the last thing he’s thinking of is past successes. He’s clearly more at home being an artist than a pop star, which is as it should be. Wherever he goes, it will be interesting and challenging.