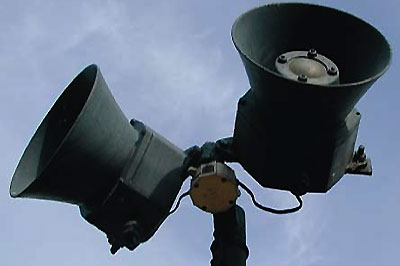 Krakow may boast museums on subjects as esoteric as the history of the pharmacy, but one or two big themes have yet to be tried. Chief among them is the red bear of Communism. The marks of the Cold War era are everywhere to be seen, but the period remains undocumented beyond the worlds of literature and film. All this looks set to change following the signing of a breakthrough document last month. Jacek Majchrowski, Mayor of Krakow, has signed a letter of intention with the director of the Museum of the History of Poland. The aim is to found a major new museum in Krakow, exploring Communism from its genesis in Russia through to its installation and development in Poland. The Solidarity protest era will provide a prominent feature.

Logically enough, the museum is earmarked for a part of Krakow that is especially pertinent to the theme – Nowa Huta. Formerly a town in its own right, Nowa Huta was built as a complete Socialist paradise. The district is most famous for its gargantuan steel works, a personal present – albeit a controversial one – from ‘Uncle Joe’ Stalin.

Kino Swiatowid, one of Nowa Huta’s most distinctive buildings, is lined up to house the museum. The former cinema had fallen on uncertain times, and for many years served as a hotchpotch of unspectacular shops. However, the building is now under the ownership of the city, and its future seems secure. Swiatowid – a landmark of the Social Realist style – is an imposing 1950s building with a strong whiff of art deco about it. The centre of Nowa Huta – now listed by UNESCO – was in fact designed by leading prewar Polish architects (unlike Warsaw’s famed Palace of Culture and Science, which was conceived by Stalin’s Moscow star, Lev Rudnev).

The concept of a branch of the Museum of the History of Poland has been championed by a pre-eminent Cracovian couple, filmmaker Andrzej Wajda and his wife Krystyna Zachwatowicz, herself a leading set designer. Mr Wajda was strongly attached to the Solidarity protest movement. Two of his most celebrated films, Man of Marble and Man of Iron, were intimately bound up with the Solidarity mission. Freedom fighter Lech Walesa had a brief part in the latter film.

The Communist era continues to be a highly emotive subject in Poland. The bloodless Polish revolution of 1989 was agreed on terms that allowed for major Communist figures to escape prosecution. However, there has been a backlash from some quarters. Efforts to bring former President Wojciech Jaruzelski to trial are ongoing. The sometime general, who enjoys a generous pension, stands accused of introducing Martial Law to Poland in 1981. About 90 people died in the crackdown, and scores more were incarcerated.

It is unlikely that Jaruzelski will be painted in heroic terms at the new museum. However, the foundation will be a further boost to Nowa Huta’s ongoing regeneration. Long derided as a bastard child of ‘Uncle Joe’, the district is increasingly appreciated for its architectural merits. Maciej Miezian, an art historian, museum director and all-round Nowa Huta aficionado, proclaimed that “living in Nowa Huta is like driving a Rolls-Royce amongst Trabants.” Not everyone will agree, but the museum could be a fantastic new feather in Nowa Huta’s cap.