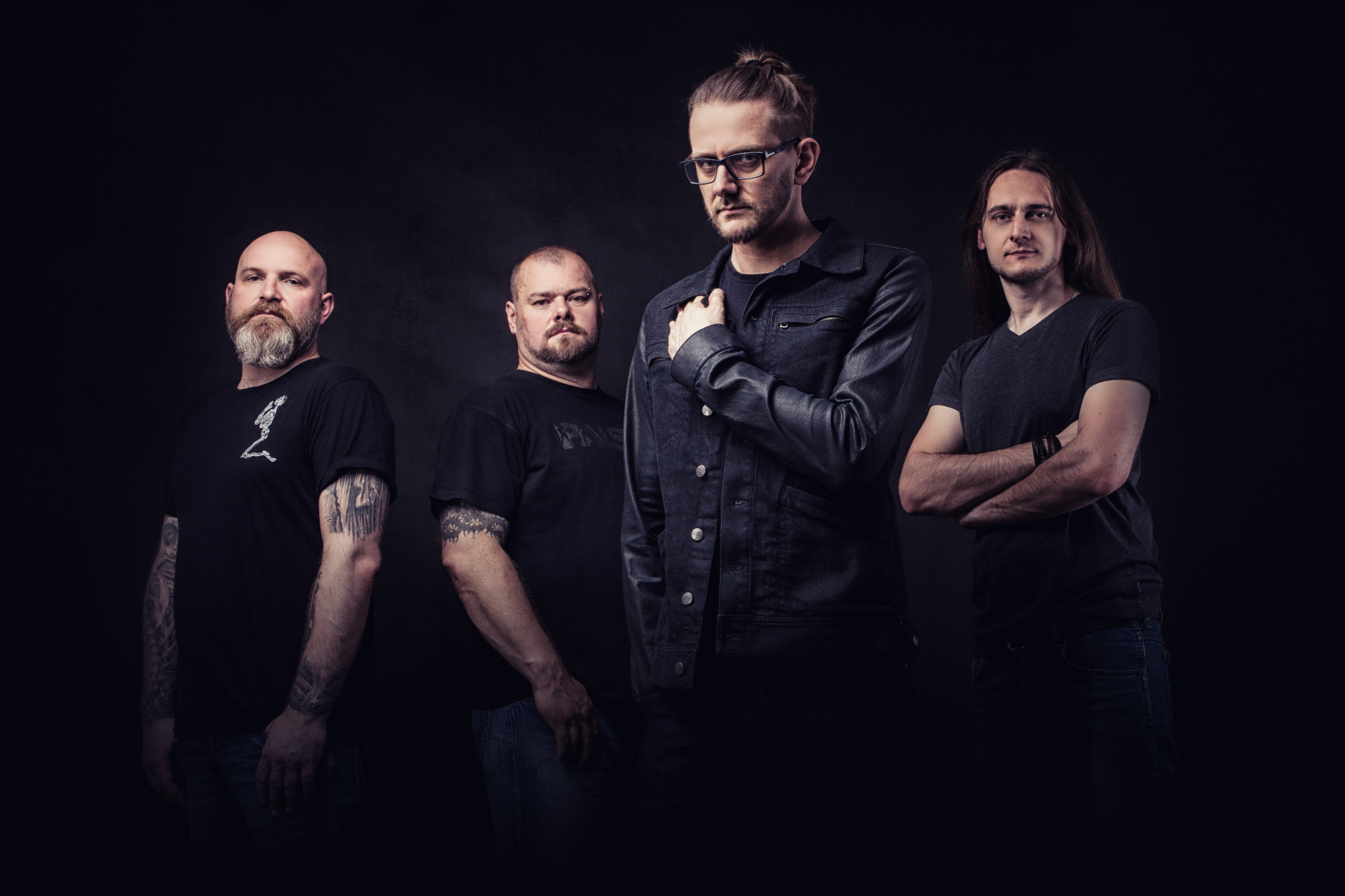 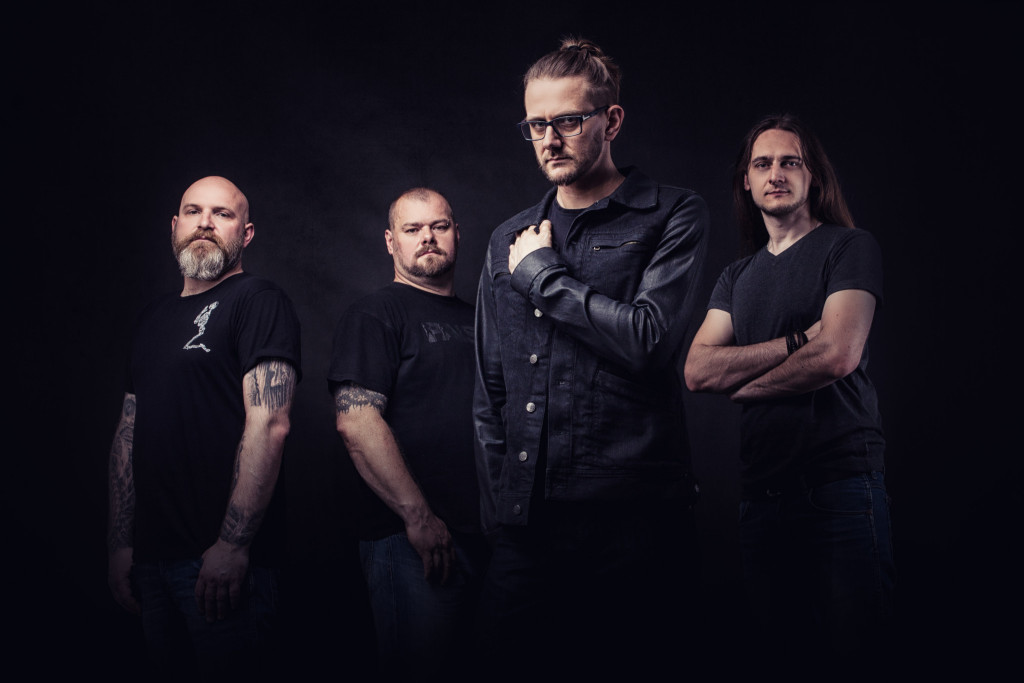 Riverside are currently the most successful serious worldwide Polish musical export. Their new album Love, Fear and the Time Machine not only reached #1 here, but was Top 20 in Germany and The Netherlands, as well as #7 on the influential U.S. Heatseekers chart. Not bad for artists most often identified (accurate only in the broadest sense) as Progressive Rock, that oft-maligned genre often associated with 20 minute songs and synthesizer solos, or worse still, a band that is sometimes lumped in with Prog Metal, with its connotations of cold mathematical instrumental calculations and emotionless displays of technical skill. Neither of those really apply here—this is music that defies easy categorization.

They will be in Krakow on November 8th at Klub Studio, winding up the world tour to promote LFATTM, which wraps in their hometown of Warsaw next week.

Since their 2003 debut Out of Myself, it was clear that not only was this an exceptional group of musicians, but in bassist/vocalist/songwriter Mariusz Duda, they possessed an extraordinary talent who gave their lyrical concepts a rare combination of intellectual prowess and emotional depth. There are no accidents or coincidences in Duda’s art. For example, the new opus Love, Fear and the Time Machine, is their sixth album, and the title contains six words. But that’s just the beginning. “We began Riverside with our Reality Dream trilogy; Out of Myself (2003), Second Life Syndrome (2005), and Rapid Eye Movement (2007)—three words in each title of the trilogy,” he explains. “Our fourth album was Anno Domini High Definition (ADHD), and then we have Shrine of New Generation Slaves, which is the acronym S-O-N-G-S.

“And so now we have Love, Fear, and the Time Machine, so this is our game that we have,” he continues, ticking off the number of words on his fingers to make the point.

But, wait…no acronym this time? Duda laughs, “Well, it’s LFATTM, so maybe some people can make something of that! But it’s a little bit of a different approach so we can just skip this acronym idea. It’s our sixth album and the title is six words, so it’s totally fine. And the album is 60 minutes long—not because it’s our sixth album, but it works.”

LFATTM continues the band’s evolution from their earliest material  which often did combine technical skill and occasional metallic riffs towards a more pure and refined form of storytelling in which the song is paramount. “It comes from this; our biggest strength, or virtue, or whatever, is our melodies. When our music is based on melody, it shines. It totally affects, but is totally different from, the way we play our instruments.” To that end, continues guitarist Piotr Grudzinski, “In some ways, it is the simplest, most direct Riverside album. We want to create a mood. Mariusz found the title and the story he wanted to tell, and so we went from there.”

“Someone needs to make a decision, a very important life-changing decision. This decision is so important that he knows it will twist his life 180 degrees, or even more,” Mariusz explains. “During the making of this decision all of these things come into his mind, like excitement, and freedom, and the fear of the unknown because he doesn’t know what will happen.

“At the same time, he’s sort of doing things backwards. He has memories and experiences from the past, and also he is trying to imagine himself somewhere in the future, so he’s in the center of the time machine—the middle of love, fear, future, past—so this is the title. But mostly this is about the decision. It’s not about life, death, and the time machine in general because writing about everything is just like writing about nothing.

“There are ten songs and the first title is ‘Lost’. The last title, ten songs later? ‘Found’. So there is probably some kind of happy ending. There’s a light at the end of the tunnel. And that’s new for Riverside.”

“What’s really important for me is that Mariusz writes lyrics that are quite open,” says Piotr, “it’s not just one story. Everyone can put their own experience into the story, and it fits our music so well.”

By any standards, six albums in 12 years is prolific (there are also 2 excellent stand-alone EPs), but when taking into consideration the progression of the band, it’s nothing short of awe-inspiring. Growing up in Poland at a time when disc jockeys on Radio Trójka would not only play entire obscure progressive albums that weren’t available in this country, but would even tell the listening audience when to flip the cassette for home recording, certainly fed their musical education. You can hear the influence of everyone from 1970’s giants like King Crimson, Yes, and Rush, and classic metal from Black Sabbath to Metallica, to the economy of the best pop music of the eighties in their ouevre. But not content with that, Riverside clearly feel an obligation to use those influences as the impetus to create something new and unique.

“That’s the beauty of this Prog music, right?” asks Duda. “These days, you don’t have to sound like Genesis, or like Van Der Graaf Generator, or whatever. Now you can just experiment with all different kinds of styles, and that makes you Progressive.

“I think that on our new album, there’s this huge paradox, because it’s ‘Prog’ in its widest and narrowest sense. Let’s say that we did some kind of Prog in a wider sense because we tried to connect the seventies approach together with the eighties approach.

“At the same time, we wanted to focus on songs on this album, but with all of the layers beneath—the complicated bass lines and all of that. But with this idea of connecting the seventies and eighties with something new, I think this is one of our most progressive albums.”

Although adopted by the Progressive Rock and Metal communities at large, Riverside don’t really consider themselves part of any specific genre or movement. At the beginning of their career, Grudzinski says, ” we just wanted to be a rock band. But the Progressive community just took us. So we went from being a Rock band to being a Progressive Rock band.”

“…Because we had keyboards and solos and long songs,” interjects Duda, “that makes you Progressive!”

“It was a really good thing for the PR,” continues Grudzinski. “For that moment, it gave us a place to be. But soon…it became too much. We just wanted to run away and be a Rock Band again.”

It may all just be musical semantics, but Duda is well aware of art vs. commerce, and has a refreshingly non-didactic philosophy about it. “Let’s say that you’re an artist and you have a fan base, people are listening to your music. There are people who are doing the music only for fans, and there are artists who don’t give a shit about the fans and make music for themselves only. I think both of them are hypocrites.

“If you make your living off of your music, you need to pay attention to do this, so if you say it’s for yourself only—that’s a lie.

“Then there are people who are doing it only for fans, and have no feeling about it. This is also wrong because people are not stupid and they will know if you’re doing something with your heart or not.

“Because…” he finishes, reiterating what is becoming a cool unifying thread in our conversation, “if you do everything, then you do nothing.” 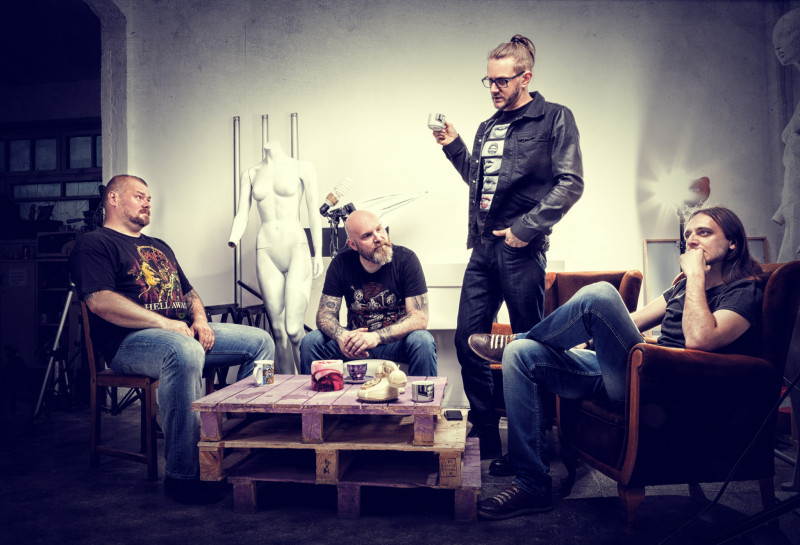 The overall goal, says Mariusz, is “to write something that matters. And is important. When I listen to a song, I want to hear something that will help me, or at least it should mark something in my life—to maybe remind me to not make the same mistake again.

“I need to write something that is important to improve myself not only as an artist but also as a human being.”

If all of that seems a bit heavy for an album that has reached mainstream chart status in much of the world, it’s because the melodic strength of the songs are the ‘spoonful of sugar’ that make such intellectual concepts palatable to a wider audience, even while the technique of the musicianship and intricacy of the instrumental arrangements are the equal of anyone out there. Oh, and it, um, ROCKS too.

Their live show is as exceptional as their studio albums. While music shouldn’t be thought of as a competition, at the Metal Hammer Festival in Katowice this past June, they easily won the day, making the headliners, American Prog Metal giants Dream Theater, look lethargic and lackluster in their wake.

It’s not very often that one gets the chance to witness a band at the absolute peak of their powers, at that moment just before they break into the mainstream consciousness. This may be Krakow’s last chance to see Riverside in a club-sized venue.

The concert is at 19:00 (7:00 pm) on Sunday November 8th at Klub Studio in Krakow. Supporting acts are The Sixxis and Lion’s Shepherd.