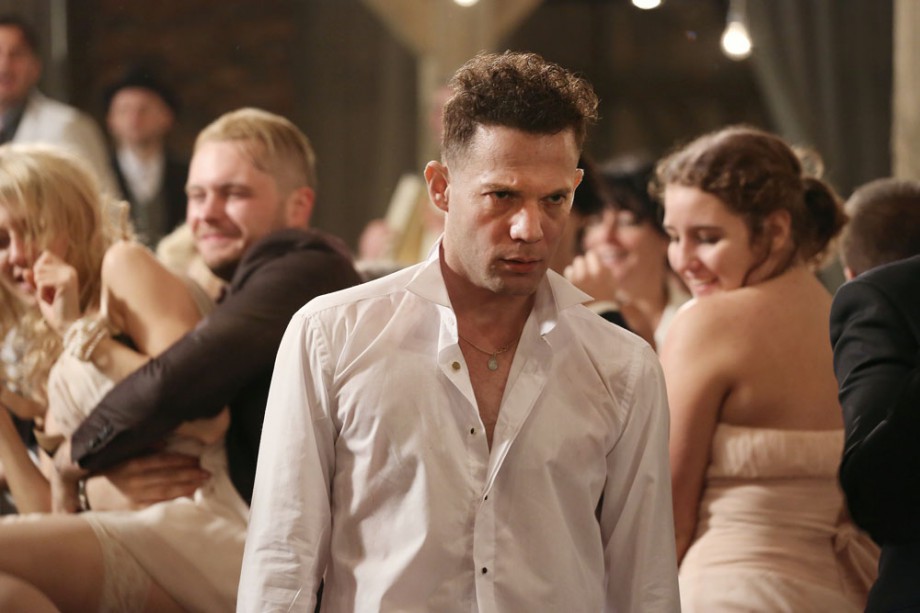 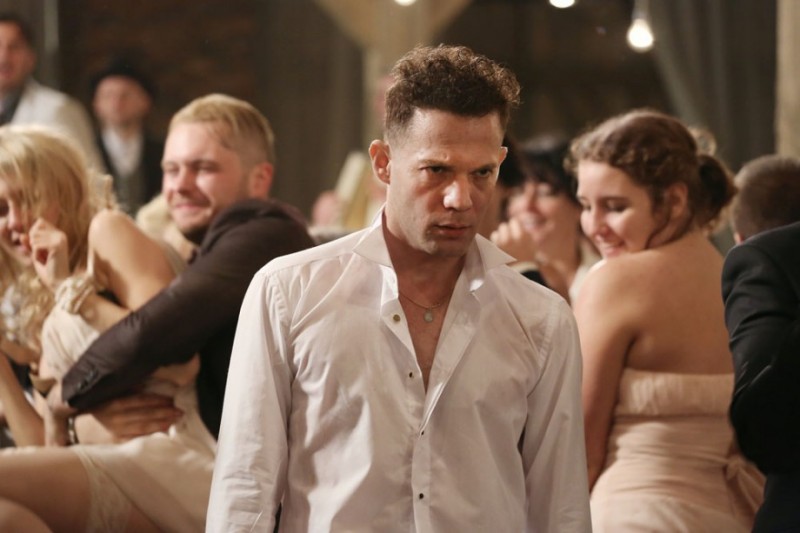 It is not always that the final work of director who tragically passed away is worth being considered as an artistic testament. Marcin Wrona hanged himself in his hotel in Gdynia while he was preparing for a screening of Demon at the most respected film showcase in his country. Wrona’s cinematic attempt shows the evolution of a promising cineaste who would still have a lot to say to moviegoers.

In Demon he adapted a cinematic version of one of the most dreadful beliefs derived from Jewish folklore as based on Piotr Rowicki’s play Adherence. Curiously enough, Polish cinema has not capitalized on the mythology of the dybbuk, a malicious spirit of a deceased person which possesses the living, after Second World War. The last occurrence was in 1937 when Michał Waszyński released an expressionistic gem of the same name in Yiddish.

The screenplay is centered around the moral descent into madness of Peter “Piotr” (Itay Tiran) who moves with no regrets from England to the Polish countryside to marry Żaneta (Agnieszka Żulewska). After discovering some human remains in the garden of the family’s house, the intruder turns to be the most tormented groom ever seen in Polish film. The distastrous reception is drenched in vodka just like the banquet displayed in Smarzowski’s The Wedding (2004) but purged from any black comedy.

Tiran certainly leveraged his experience as Hamlet on the stage with Israeli Cameri Theater to shape Piotr’s character. His acting evokes the convulsive body of a werewolf that cannot turn into a wolf, and possibly is only faking madness in front of Żaneta’s family and the other guests.

Despite not being a particularly gory effort, but rather a Polanski-esque film, Demon shows how much Polish cinema is incomplete due to its chronic lack of solid horror non-war-based productions. We truly hope that the domestic yellow press and Wrona’s aficionados alike will appreciate Demon avoiding any speculation about the causes of his suicide.

There will be a special screening of Demon with English subtitles at Kino Pod Baranami on Sunday, November 8, at 21:00.

Addendum: Why Marcin Wrona’s unexpected death should be a wake-up call about suicide

[Note: We hope that the following provides a thoughtful and constructive perspective on the broader social context of Demon director Marcin Wrona’s death and the public bewilderment about “how someone so young and successful could commit suicide.” The contributor has requested to remain anonymous. —Ed.]

The death of Marcin Wrona in September at the Gdynia Film Festival caused shockwaves throughout the Polish film industry, and throughout Poland itself. Wrona was 42 years old, had given a sterling press conference after the screening of his film Demon, and looked to have a promising career ahead of him. Reports indicated that he committed suicide; how ironic he should do it during Suicide Prevention Month, with the internet jammed full of memes and Facebook statuses saying we should talk about mental illness and break the stigma. Of course, when someone does commit suicide, the first questions people ask are “Why did they do it?” (a strange question, as if depression has some simple explanation) and “How did that person get so far as to do something like that?”

The general consensus is that, when somebody commits suicide, there is nothing anybody could have done. In most cases this is correct; we cannot exactly go round living our lives thinking that, every time somebody is in a mood, they are considering killing themselves. But the truth is this: there are always indicators. There is always something which gives away the fact that someone is struggling. The problem is, as human beings, we dismiss these signs as unimportant or we cannot see past the surface of the issue.

A few months ago I suffered severe depression and psychotic episodes. How did I deal with it? I drank. A lot. The reason why I drank? I drank because it was the only way I could face getting into work. I drank because I felt like such an uninteresting person that the only way to give me the confidence to feel interesting was alcohol. I drank because I was lonely and, for a short while, it made me feel better. I drank in the vain hope that it would, after months of misuse, shoot my liver for good and I would not wake up in the morning.

Did anyone around me, fully knowing that I was drinking myself into oblivion most days, ask me, “Hey, why do you feel the need to drink so much? Is everything ok?” No, they did not. Did I get many comments on how much I was drinking, followed by many patronising statements on how I should not be drinking so much? Yes, I did. On the occasions I did try and tell people I was feeling miserable, I was told not to drink so much, then I would feel better. On the one occasion I tried to talk about my psychotic episodes (I believed my neighbours were plotting to break into my flat and kill my pets and myself), the friend I told laughed in my face and told me I was stupid. There did eventually come a point where people did take me seriously. That was when I tried to commit suicide. Only at that point did people sit up and think, “Oh, there may be a big problem here.

This is not a criticism of the people who were around me at the time. A few months ago someone I knew committed suicide and, looking back, the signs were there, we just did not view them as significant enough to ask. I am guilty of everything that I have just described of my acquaintances. It is only having got to that breaking point myself that I realise how unconscious of these things people, myself included, can be. Of course, it is understandable: no one wants to consider that someone they care about is thinking of killing themselves, or is so miserable they see no problem in self-destructing. All I can hope is that the experience has taught to be be more mindful of the actions of my loved ones, and to watch out for any signs that something may be amiss.

Marcin Wrona’s death is a tragedy not just for the Polish film industry, but for the whole of Poland. The country has lost an exceptionally talented, charismatic soul. My thoughts are with his family and friends. But I also suggest that his death be a lesson to us all. So this is what I ask of everyone by writing this article. Do not sweep people’s feelings under the carpet. Be mindful of any changes in behaviour. If someone you know starts drinking more, or taking drugs, or doing anything which is different from their normal behaviour, ask why they are doing it. Do not criticise the behaviour; it is generally masking something else.

When someone is depressed, the hardest thing is to reach out and say so. Be a hero—reach out to them instead, even if it is just to say “Hi, how are you?” Let them know someone is thinking of them. We may not be able to beat suicide altogether, but at least we can go some way in trying to prevent it.

7 thoughts on “Demon (2015): The film and its director’s tragic suicide behind it”