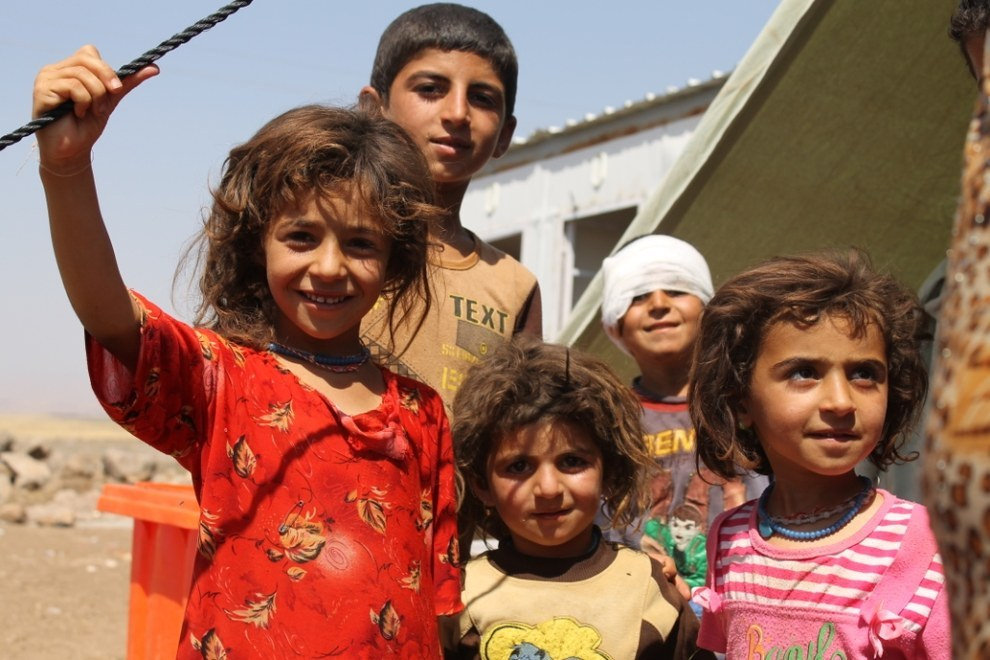 Prime Minister Ewa Kopacz left Wednesday for an emergency European Union summit on the migration crisis after a controversial quota agreement in which Poland has agreed to take in 5,000 refugees in addition to the 2,000 it has already made allowances for. Here’s the story so far.

On September 12th Krakow’s own Main Square was the site of various demonstrations on the current refugee crisis. Some were for asylum for a portion of the 120,000 Syrians, Iraqis, Afghanis, Eritreansm and others who have arrived on European shores; some were against. Over the span of four hours thousands of people gathered to voice their views, not only in Krakow but in many major cities across Europe. Protests in Gdansk shouted chants such as “We will do to you what Hitler did to the Jews” while pro-refugee demonstrations took on a friendlier tone with slogans like “No person is illegal”.

This brings into question where Poland stands on the situation.  Poland being the strongest of the central European leaders, its prime minister Ewa Kopacz has been trying to keep Poland separate from the rest of Europe in this case. While the Civic Platform from which Kopacz hails is officially for the refugees coming to Poland and her predecessor Donald Tusk is pleading for consensus in his role as President of the European Council, her cabinet has remained aloof on  the issue. With arguments of refugees being forced to leave Syria due to ‘religious prosecution’, Kopacz’s only communicated preference for the refugees has been that they be Christian.

But what chance does a refugee have of getting asylum in Poland? President-elect Andrzej Duda has publically stated that Poland is not capable of accepting any mandatory quotas as its resources are focused on the large amount of Ukrainian refugees. However, as of earlier this year, out of 1,284 applicants for refugee status none have been granted. The major point of contention with regards to the quotas is control over who can be granted asylum.

At the moment Poland has 11 refugee camps in which there are 1,549 people with 431 vacancies left. However, the Office for Foreigners can always sign additional agreements to make more spots available. While there are 431 spots left officially, the government can put together emergency camps. Such was the case last year following a wave of Ukrainian refugees, bringing the total number from 431 up to 30,000, in line with their predictions for such a crisis.

When a refugee does come to Poland, those who stay in the aforementioned camps receive an allowance of around 210 złoty a month, in addition to but not limited to free Polish lessons, health care, and dental care. Children also have the right to go to school in the camps. Refugees who chose to live outside the camps can get up to 750 złoty, but this number varies depending on whether or not they are independent or with their family. This whole scheme costs the Office for Foreigners 56 million złoty per year.

With Poland shifting ever more to the right—the conservative Law and Justice (PiS) party is favored in the upcoming parliamentary elections—Poland is becoming increasingly persona non grata towards potential asylum seekers. Poland being one of “the merciless four” that the foreign pressed has dubbed it (amongst the likes of Hungary, Czech Republic, and Slovakia) the president of the European Commission Jean-Claude Juncker has pleaded publically for a set amount of 11,946 migrants to land in Poland.

Rejecting any share at this point could have severe effects not only for Poland’s reputation among the member states of the EU but also for its access to funds from the body as others increasingly call for limiting funds directed toward countries reluctant to accept refugees. The biggest consequence for Poland may be the limiting of the Schengen Zone for those wanting to leave and work abroad, with Germany reinstating border checks with the Polish as of September 13th.

As a member of the EU, Poland must bite the bullet and take on some mandatory refugees; this much is clear. The question of when and how many will be a continuing struggle between Warsaw and Brussels. Moreover, it is an issue that is sure to greatly influence, and be influenced by, the October 25th parliamentary elections.