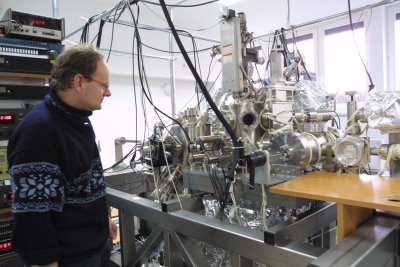 Science Minister Barbara Kudrycka wants to completely change the image of Polish higher education. Huge amounts of money are to flow to the best Polish educational institutions from the national budget and 4 mln euro from EU funds are to be available by the end of 2013.

The rector of Jagiellonian University, professor Karol Musiol, said, “There is no country in the world where all higher schools represent the same level. The reform is to be performed so all higher schools could improve. The future will show which will make use of that chance and which will not. I am sure that the competition will be an impetus not only in Poland but also at the international level.”

The details of the project were prepared by a 10-person group for reform of higher education established a few days before by Kudrycka and others. Flagship academies are to be chosen by the National Accreditation Commission that will rate Polish academies according to their achievements, the quality of research and modern didactics. Polish researchers think this is not enough and stress that the opinions of experts from abroad are needed in order to guarantee the objective choice of Poland’s best institutions. This opinion is shared by the chairman of the Polish Academy of Science, Michal Kleiber, who supports Kudrycka’s view.

“If we want to give an opportunity for the development of our greatest minds with a low level of financing, our science and higher education institutions must significantly strengthen the biggest and most preferable faculties. Using EU funds should prevent us from lowering the financing of research at other deserving academies.”

In Kleiber’s opinion such flagship academies or faculties would have to be limited in number. They should fight for privileges and could not keep them in perpetuity.

The impetus for introducing new solutions in higher education was a report by Collegium Civitas, a non-public higher academy from Warsaw. It conducted a survey on the web site of the Committee for Rescuing Polish Science in which almost 400 Polish scientists took part.

The report shows the terrible condition of Polish higher education. Inadequate financing of Polish academies was recognized as the most important factor weakening Polish education.

“Scientists do not have the opportunity of development because they suffer from a permanent lack of financing for the research and the lack of equipment necessary to carry out that research, “Anna Kolczynska from Science Circle of Students of Sociology of Collegium Civitas wrote in the report.

“Polish higher education and science is not good and that is why we are working on modernizing the system. More competition is needed among academies and research projects but also among scientists. I agree that the criteria for giving grants and science promotion are not correct now. They need to be made objective and the career paths of young scientists should be ensured,” wrote Kudrycka in a statement to the Polish Press Agency (PAP).

Beata Kowalska, doctor of sociology at Jagiellonian University, said Polish education needs fast reform and the report of Collegium Civitas will surely accelerate it. She added that financial donations are not crucial in this case.

“Money is not an antidote for all described problems. The way academies and universities manage finances in general, the verification of the work of the administration and scientists didactics as well, the schools’ relation to their students – these are the tasks needing immediate fundamental changes,” Kowalska said.

“Education is a ticket not only for finding better jobs but it also produces critical thinking. In other words, it is an important element in creating a society of conscientious, active citizens – and they are who we should take care of,” Kowalska said.

In her opinion, the introduction of student credits does not solve the problem because many people cannot find a job and have problems paying student loans in spite of graduating. “Looking at the discussion so far, we may think that the entire scientific community supports the introduction of paid studies. I hope that the voice of those who are against it will be included as well,” Kowalska added.